Mário Fernandes suffered a concussion, but the fracture was not confirmed, said the Russian press Champions League 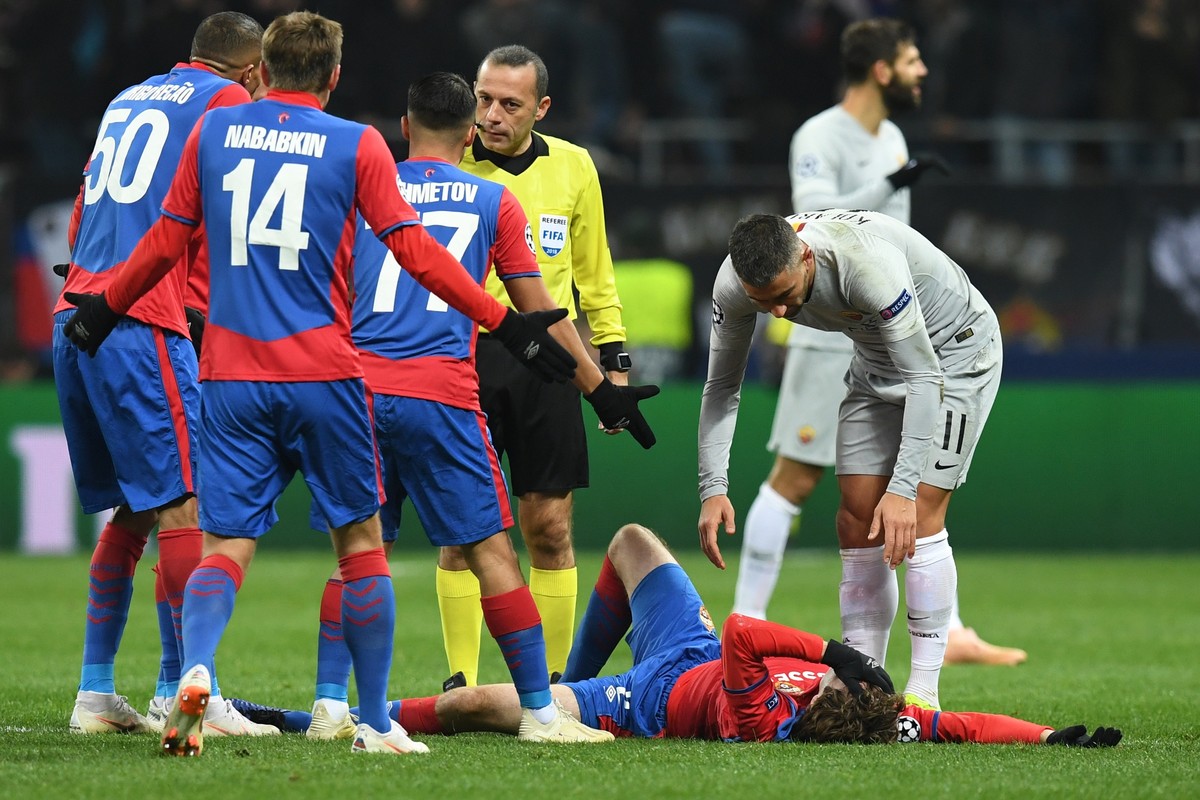 Called to defend the Russian national team in November's friendship, Mário Fernandes suffered a heavy fall on Wednesday. The Brazilian side was hit on the head by Kolarov's knee on lost CSKA to Rome and, according to the Russian press, suffered a concussion. According to the "R-Sport" reporter, Vasily Konov, in the article reproduced by Eurosport, he will not play again in 2018.

+ Check out the full Champions table

After leaving the stretcher in the 12th minute, he was taken to carry out a more detailed examination, and CSKA coach Viktor Goncharenko was initially thought to have broken one of the bones on his face. However, according to the site "Championat", the fracture was not confirmed.

"Alhamdulillah, a break in Mario's cheekbones was not confirmed. It was only a concussion. It is not yet known how many days he will be out of battle – said agent Fernandez in an interview with" Championat.

Roma beat CSKA from home and sent him to the knockout stages of the Champions League. Manolas and Pellegrini scored the winner, while Sigurdsson netted Russia.

With these results, the Romanistas reached nine points in Group G and can advance in the next round when they will accept Real Madrid, with whom they share the lead. CSKA remains with four points, in the third key position.