Moro can meet with the minister of Justice and Public Security 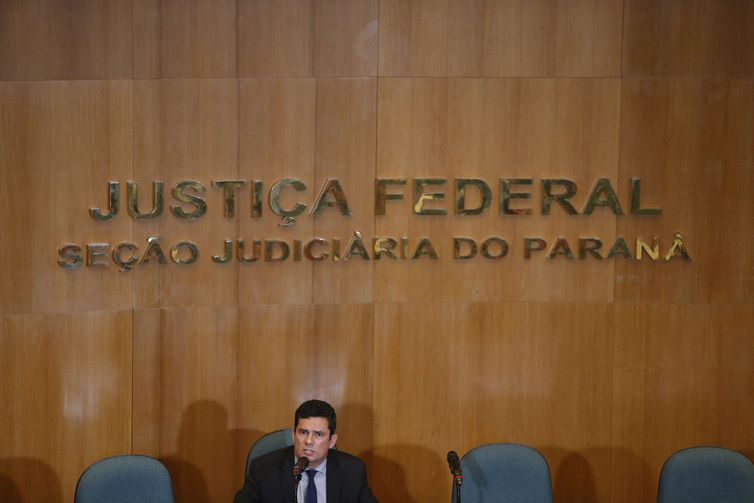 Federal judge Sergio Moro, confirmed to the Ministry of Justice (which will add Public Security and part of the Financial Activity Control Board), said today (19) in Brasilia that he could meet this week with Public Security ministers, Raul Jungmann, and Hakim, Torquato Jardim.

According to him, it is possible to announce the name of the future director general of the Federal Police until Friday (23).

Moro interrupted lunch at the Centro Cultural Banco do Brasil (CCBB), where the transitional office worked, to speak with the press. He said he arranged his team.

On Monday, his release of the magistration is published in the Official Gazette, section 2, page 47.

Law 428 was signed by the president of the 4th Regional Federal Regional Court, Carlos Eduardo Thompson Flores, who informed him that the release had occurred at Moro's own request. On Friday (16) he sent a letter formalizing the action.

In a request for release, Sergio Moro argued that he intended to "regulate the transition and future actions of the Ministry of Justice."

"There are people who complain that I, even on vacation, are removed from jurisdiction and without taking executive positions, cannot even participate in planning future government actions," he said.

In substitution for Moro in the control of the operation process Lava Jato will be temporarily judge Gabriela Hardt. Instead, he could not definitively take Moro's position.

After publication of exemptions, notifications must be issued for contest deletions.

Elimination is an internal competition between the 4th Regional Federal Court judges to fill vacancies.