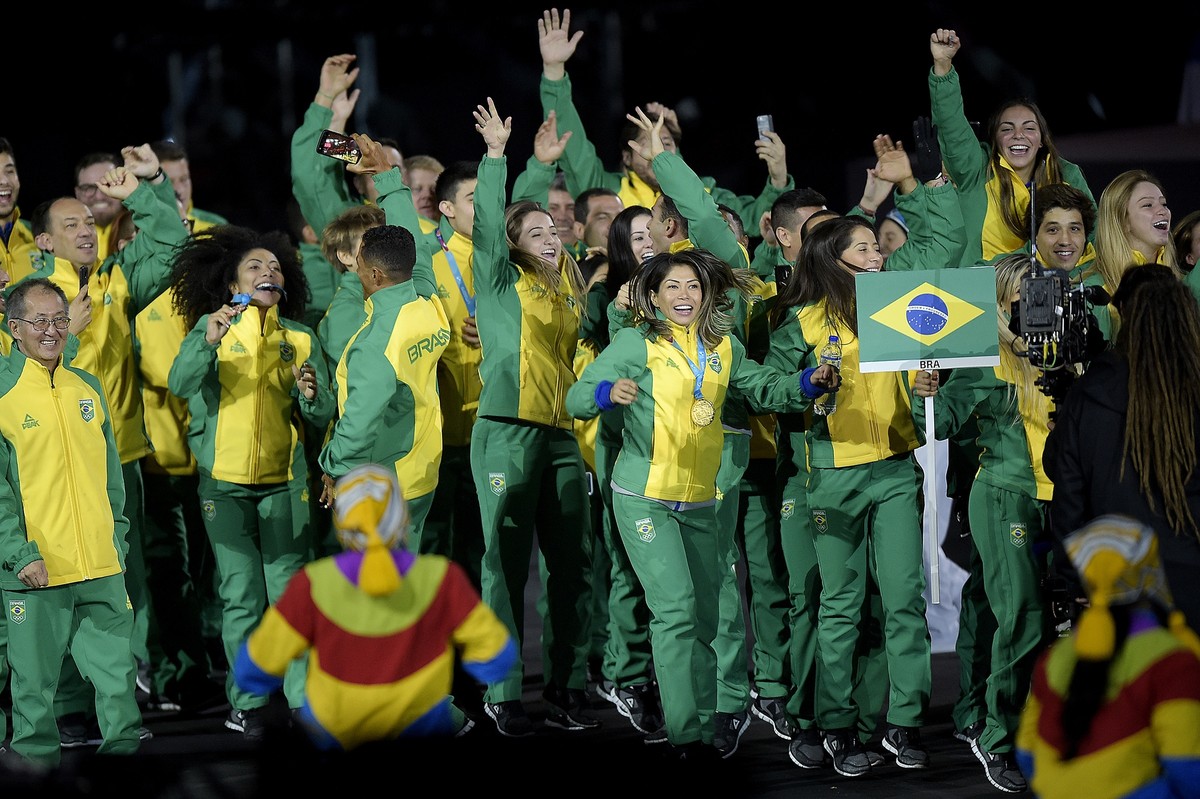 Now it's Santiago in 2023. This Sunday came the end of the Pan-American Games in Lima, Peru. And the Peruvians had another beautiful party to embrace the whole spectacle they promoted during the 19 days of the competition, the biggest sporting event in the history of the country. In the closing ceremony, the champion of everything Rafael Silva responded as the bearer of the flag of Brazil and showed golden joy when entering the stadium.

A surprise in the Brazilian delegation was the appearance of Jessica Linhares, a bronze karate medal who was wheelchair bound because of a crack in the third metatarsal on her right leg. In addition, the presentation of delegations went smoothly. Athletes entered the national stadium before launching a dance show organized with over a thousand costumes representing the diversity of the country.

The idea of ​​the show was to tell a little more about the history of Peru since the Spaniards arrived in America. Habits, rituals and other symbols were presented during the artistic part of the ceremony.

Jessica Linhares enters a wheelchair with her right leg bandaged. But that didn't stop the joy – Photo: Alexander Lureiro / COB

Shortly after the artistic performance with typical Peruvian dances and songs, Pan Carlos Organizing Committee chairman Neuhaus took the floor. Neuhaus impressed on the strength and commitment of volunteers to fans.

– We played them all (in connection with the motto "Play Together" of this edition of Pan). And tonight we celebrate everyone. We celebrate the incredible achievements of these remarkable athletes. Your courage, ambition, commitment, strength, speed, your humility in victory, your dignity in defeat. They showed us how to compete with the values ​​of friendship and respect. Athletes, you have inspired us. Thank you!

Following the announcement of the end of the Games and the launch of the Pan-American Flag, it is our turn to introduce the next host city: Santiago, the capital of Chile. Chilean singer Francisco Valenzuela gave a concert, followed by Gian Marco Zinago.

With the end of the Pan-American Games, the countdown to the next edition begins and is also approaching the Tokyo 2020 Olympic Games. Less than a year will pass before the Japan Games, which begin on July 24.