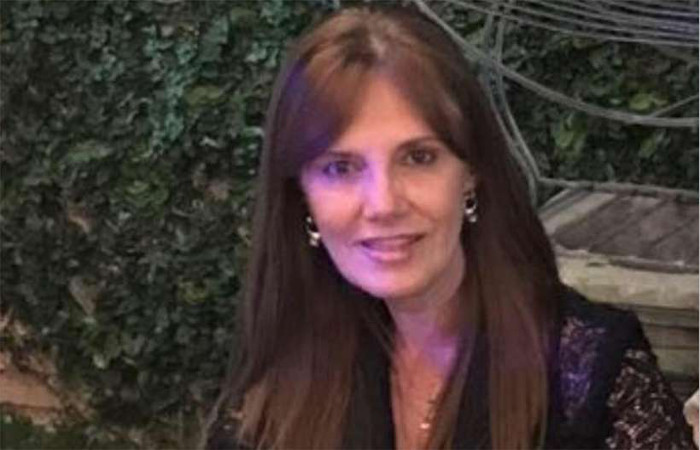 Argentine lawyer Laura Marcela Casuso, 54, who defended Brazilian drug dealer Jarvis Chimenes Pavão, was shot and killed on Monday night in Pedro Juan Caballero, on the Paraguay border with Brazil. According to Paraguay police, deaths were linked to a war between Brazilian factions to control traffic in the region.

The lawyer was beaten by eight 9 mm pistol shots when he left the town hall meeting to answer a telephone call. He was ambushed as he prepared to ride into his Range Rover SUV, with Brazilian number plates from the city of Santana de Parnaíba.

Laura was taken to the hospital, underwent surgery, but she could not help herself. According to Secretary of Public Security Pedro Juan Caballero, Teófilo Giménez, the suspects were that the killers were Brazilian. The crime occurred 400 meters from the border line and the gunmen boarded the Toyota Hillux to be stolen in Brazil.

One hypothesis is that the lawyer was killed by one of his clients. The Red Command recently released a video threatening to kill Paraguay's attorney general Sandra Quiñonez in retaliation for the treatment of its leader, Marcelo Piloto, who has been imprisoned in the country since last December. A few days earlier, the merchant had stated that he had paid to receive protection from high-ranking Paraguay National Police officials, general director of Criminal Investigation Alberto Cañete. The commissioner rejected the accusation.

It was a lawyer who organized a press conference where, from prison, Rio de Janeiro merchant Marcelo Piloto, said he had paid bribes to Paraguay National Police officers. Regarded as the Red Command strategist, who was in charge of drug and weapons routes, Piloto was sentenced to 26 years in prison by the Rio de Janeiro Court and requested his extradition to Brazil.

At a press conference earlier this month, Brazilian traders also committed crimes that they would commit in Paraguay, which would be a strategy not to be extradited, because he must respond to crimes against the Paraguay justice system. On October 4, with the help of the Brazilian PF, Paraguay police arrested five traders who planned to rescue & # 39; Pilot & # 39; A few weeks later, the second rescue plan using car bombs made prosecutors declare "terrorist" detainees.

In turn, Jarvis Pavão was named by the Brazilian police as one of the biggest suppliers of cocaine to Brazil. Arrested in Paraguay, he was extradited to Brazil in December 2017 and served a sentence of 17 years and 8 months in the federal prison Mossoró (RN). Laura, an Argentine lawyer, speaks Portuguese fluently and often travels around Brazil.

The region has experienced fierce disputes since 2016

Peacock and & # 39; Galã & # 39; suspected of involvement in the attack that killed megatraffante Jorge Rafaat Toumani, in Pedro Juan Caballero, in June 2016, triggering a war on the border. Previously considered & # 39; untouched & # 39 ;, drug kingpin was hit by a 50-point machine gun shot that tore the armor hammer utility.

At least 50 deaths in the past two years have been linked to competition between Brazilian factions over border control. In one day, October 17, five people allegedly linked to international trade were shot by Pedro Juan Caballero and Ponta Porã Brasil. One of the victims, Brazilian pilot Mauro Alberto Parreira Espíndola, 58, worked for drug smugglers based in Rio de Janeiro, Luiz Fernando da Costa, Fernandinho Beira-Mar, also imprisoned in Mossoró prison.