Vaccination: The 8 myths that lead to the resurgence of avoidable diseases Science and health 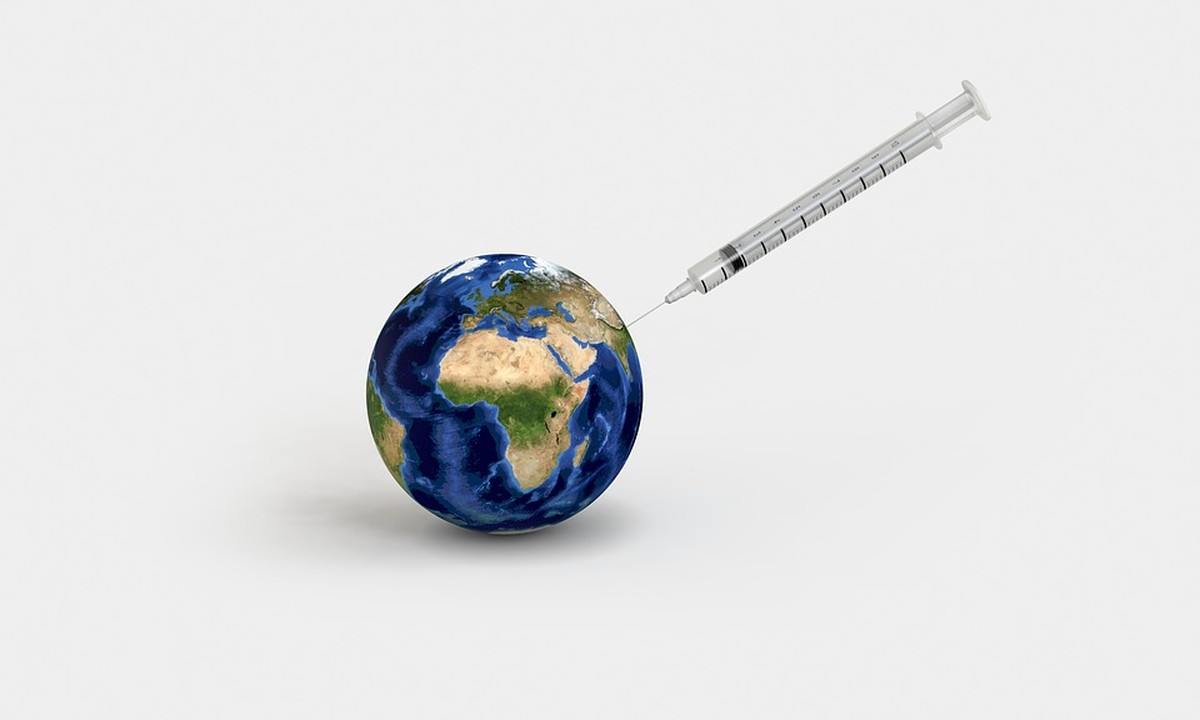 On February 7, the Philippine health authorities announced a 74% increase in the number of measles cases in the first month of 2019 compared to the same period in 2018.

Most recently, the Asian country announced the outbreak of the disease – but it is far from the only one.

Highly infectious viral infection killed 111,000 people worldwide by 2017, according to the World Health Organization (WHO).

In its latest report published in November, the WHO listed "complacency" and increased spread of false vaccine information – along with the collapse of healthcare systems in several countries – as factors for a 30% increase in the world between 2016 and 2017.

"Relatively scarce cases (which a state can register today) can quickly become tens, hundreds or thousands without the protection afforded by vaccines," the organization warned.

North and South America, Europe and the eastern Mediterranean region have experienced the worst episodes of the outbreak – including the United States, which has become a bastion of the anti-vaccination movement, characterized by constant vaccine myths and declining immunization levels. despite the scientific evidence of the benefits of immunization.

Here are 8 vaccination rates that contribute to the delays in vaccine coverage in the world and the recovery of diseases that can easily be avoided.

1. "Vaccines can cause autism"

A possible link between measles, mumps and rubella vaccine (MMR) and autism is excluded from several studies and organizations – Photo: Pixabay

The decline in immunization levels in Western countries over the last decades stems more from the controversy created by British surgeon Andrew Wakefield.

In an article published in 1997 in the prestigious medical journal The Lancet, Wakefield argues that the measles, mumps and rubella vaccine will be behind the rise in autism among British children.

Since then, a number of studies have refuted the causal relationship between vaccine and autism, since then The Lancet has taken the study from its archives and in 2010 Wakefield had a record. a doctor in the UK.

However, his allegations – albeit already demystified – have had enough effect to result in immunization against measles, mumps and rubella in the United Kingdom from 92% in 1996 to 84% in 2002.

Since this year, levels have risen again to 91%, but still below the 95% WHO recommended.

2. "Children's immune system does not support so many vaccines"

With just a few hours of birth babies are able to structure the immune response to vaccines, says a specialist. – Photo: Pixabay

At least 11 vaccines for infants and children up to 2 years of age are recommended. Some parents consider this figure to be high and fear that early childhood immunization will overwhelm the children's immune system.

Repeating concern is the fact that many vaccines act by inoculating viruses or bacteria that cause disease in the body, albeit attenuated.

In such cases, however, manufacturers use modified versions of microorganisms so that they can not cause the disease's effects in the body – but prepare it to react when it actually contacts the pathogen.

"Newborns develop the ability to react to antigens (substances capable of stimulating the immune response) even before they enter the world," says American pediatrician Paul A. In one of the best-researched scientific data available on many vaccines and the immune system children.

"With just a few hours of birth they can structure an immune response to vaccines."

3. "Many of the diseases already disappear when vaccines appear"

Vitamin intake is not enough to prevent diseases that can be prevented with vaccines – Photo: Pixabay

The discussion here is that improved socio-economic conditions – for example, in the field of nutrition and sewage – would be as effective as vaccines over time.

It is true that these achievements contribute to reducing the mortality rate of some diseases prior to the introduction of vaccines. But the intensification of the trajectory of reducing infection is highly indicative that vaccines play an important role in improving the overall health picture.

In the United States, for example, total measles mortality has decreased from 5,300 in 1960 to 450 in 2012, according to the Centers for Disease Control and Prevention (CDC). The first vaccine against measles comes in 1963.

But immunization not only improved the survival rate: it also contributed to a dramatic reduction in the number of cases of the disease in the 5 years after the start of the vaccine, from 1963 to 1968.

Information available today shows that lowering immunization levels may lead to a revival of the disease – in the 1970s, Japan and Sweden experienced a leap in the number of cases and deaths from another preventable disease, pertussis, after a shorter seasonal vaccination children.

4. "Most people who get sick are vaccinated"

Adepts of the anti-vaccination movement use this as one of the arguments against immunization.

No vaccine is 100% effective and the WHO states that most immunization procedures for children work for 85% to 95% of the recipients.

Everyone reacts in a certain way, which means that not all of the vaccinated will develop immunity to the disease.

But the reason why more vaccinated people get sick than those who have not been immunized is because they are a majority.

5. "Vaccines are a big business for the pharmaceutical industry"

WHO Health Economist Miloud Kadar estimates that the global vaccine market is worth $ 24 billion in 2013 – less than 3 percent of the total pharmaceutical market this year.

Recently, the vaccine market has been boosted, supported by factors such as the expansion of immunization programs in countries like China and the philanthropy's decision to fund research and development of new vaccines. example in this respect.

Vaccines can be an interesting area for pharmaceutical companies, but even from a financial point of view, they are a good deal for humanity as a whole – because getting sick is much more expensive.

A study conducted by Johns Hopkins University in 2016 estimates that for every dollar invested in vaccination in 94 countries with average income on the planet, health care costs of $ 16 have been saved, wage losses and productivity losses , caused by illness and death.

6. "My country has virtually eliminated this disease, so I do not need to vaccinate"

Although vaccination has reduced the incidence of preventable diseases in several countries, this does not mean that they are under the control of a global perspective.

Some of them are more common in some places and even endemic in some parts of the globe – and so they can travel easily thanks to globalization and be revived by the decreasing range of vaccines.

Measles in Europe have tripled between 2017 and 2018 and have reached almost 83,000 – the highest number in that decade.

Another concern for parents who feel insecure about vaccinating their children is the use of substances such as formaldehyde, mercury and aluminum in vaccine production.

If consumed at a certain level, these substances are harmful to health – but not the amount present in the vaccines.

According to the US Food and Drug Administration (FDA), a local food and medicine control agency, a standard vaccine that uses mercury in the formulation has a concentration of 25 micrograms per 0.5 ml.

The agency also states that this is the same amount of mercury contained in 85 grams of canned tuna.

8. "Vaccines are a conspiracy"

Robert Kennedy Jr. on the right speaks at a rally Friday (8) in the US capital against a bill that would remove the ability of parents to claim a philosophical release in order not to vaccinate school-age children against measles, mumps. and rubella. – Photo: Ted Warren / AP

The belief that vaccines are part of a plan to target the civilian population continues to exist.

In northern Nigeria, the fight against polio is hampered by the belief that immunization can cause infertility in girls and the spread of HIV – attacks on healthcare professionals are not unusual in the country.

The same kind of disinformation is seen in Afghanistan and Pakistan, which, along with Nigeria, are the only countries where the virus that causes paralysis in childhood remains endemic.

This picture is aggravated by episodes such as what happened in March 2011, when the US intelligence agency CIA created a vaccination campaign against hepatitis B in Pakistan in an attempt to collect DNA from the population and try to find relatives of the then- leader. Al Qaeda and the fugitive Osama bin Laden to determine his whereabouts.

The plot is open and mistrust is increasing in a country where the vaccination coverage is already low.