Bultras: CSKA fan will play the semi-finals, we want a fair game! Lubo Penev roars from the judges to defend the weak game … 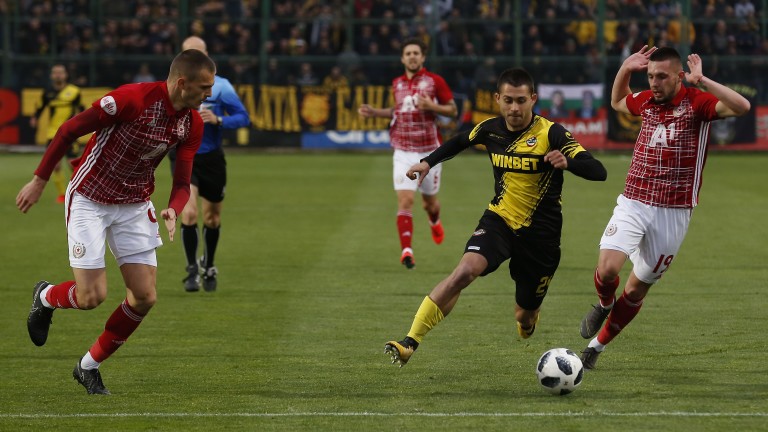 The fans of Botev (Plovdiv) published a very sharp stance on the appointment of Petar Kostadinov as the chief judge of the semi-final revenge for the Bulgarian Cup with CSKA.

In the first duel, the canaries recorded a 3: 2 win.

Petar Kostadinov will lead the revenge between CSKA and Botev (Plovdiv)

"Kanarcheata" have a minimal advance against the "red"

We publish the Bultras letter without editorial intervention:

"Fully unknown judge Petar Kostadinov was appointed by the Bulgarian Football Union to play the second semi-final clash for the Bulgarian Cup with CSKA in Sofia!

The BULTRAS fan clubs warn that the BFU repeats the same "mistake" with the appointment of a non-interlocutory judge for revenge in the Bulgarian Cup, as happened last year with Slavia, in the same phase of the tournament. The fear of the BFU "yellow and black" to be back in the final is huge. In 2018 in two consecutive games, Valentin Zhelezov and Stanislav Stavrov killed us (also non-international judges), having done "perfect work" in the last seasons totally suffered from Plovdiv, and their judges are spoken throughout the country to this day.

On top of that, the referee assigned to this match is a supporter of the reds from a small one, as well as his whole family.

This appointment comes only a few days after the reds were "injured" in the Sofia derby, and then for any time Ljuboslav Penev roared by the judges to defend himself from the poor play of his alumni and to hide his mistakes. The fact is that when you can not resist in a normal manner to your rivals, you are looking for the guilt for the game in the side factors. The fact is that Botev Plovdiv beat his rival a week ago by a lot of indicators and for another year he proved that the devil is not as black as they do. We are certain that Nedelev and the company have the real chances of eliminating a favorite team for Luboslav Penev and even defeating them in the Army.

Nedelev: No goals at the Army and we keep going!

The worries of the entire football community under the hills are dictated only by pressure on the judges at that meeting.

Because what can stop Nikolay Kirov's team on the way to the final is solely the judge and his judgments.

In the past year in a match against Levski in Plovdiv, Petar Kostadinov expelled Dimitar Pirgov for a non-existent foul.

The same judge gave the victory of CSKA in the match for Botev Vratza only a few months ago, despite being beaten in their own field. The match of the Bulgarian Cup tournament could have brought a great sensation, but the referee from Dobrich decided to hit the team of Grisha Ganchev seriously. The rookie arbiter shoved a defender of the innocents with a direct red card for Karanga's unintentional occurrence in the 69th minute. The turmoil of the guests led to new cards. Staying with someone less on the pitch, they were turned up to 3: 1 by the reds.

We, the fans of Botev Plovdiv, again oppose tendentious judges, although our club is still silent before another major match because we want a fair play on the pitch because we do not want the huge havoc that we experienced a year ago to repeat and say openly that we will not endure this insanity for two consecutive years!

Botev Plovdiv will be supported by thousands of supporters on Wednesday, as they have always done, and history proves it.

Love is stronger than anything and everyone.

Great football, 5 goals, 2 penalties and one red card … Botev and CSKA will solve their dispute about the place in the final in Sofia!

Goal and Assistance for Todor Nedelev