Cars and bus are blocked on the Chepelare-Pamporovo road 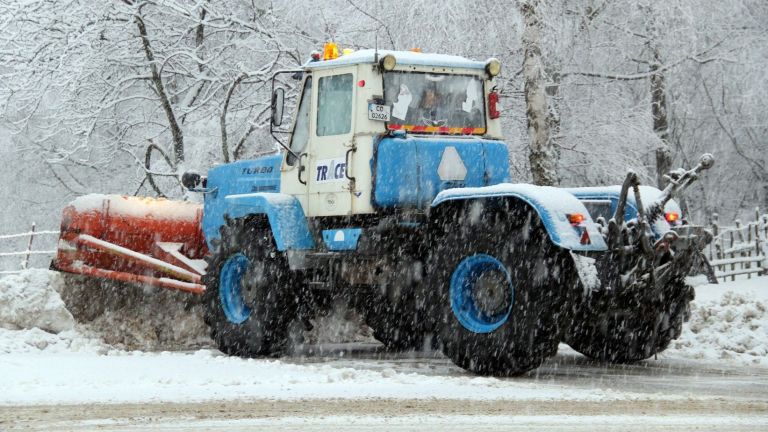 Blocked cars and bus on the Chepelare-Pamporovo road, due to fallen trees on the road. There is heavy snow in the area. There are abandoned cars.

Twelve passengers are falling asleep from 16 o'clock this afternoon after the bus has been strapped. Of the 112 reported to BNT that the traffic between Chepelare and Smolyan is completely blocked. On-site teams of Civil Protection, District Traffic Control, and Police have been sent.

The road environment in Smolyan region is complicated after the intense snow and rain rains continue. The Preval pass is closed for snow cleaning. Mandatory with the chains is the traffic through Pamporovo and Rozhen, inform from the District Road Administration. No trailers and semi-trailers should be trucks over 12 tonnes passing through the Rozhen pass, as well as in the municipalities of Devin, Dospat, Borino, Smolyan and Chepelare. The road Momchilovtsi – Momina water is also closed, as there are fallen trees along the track.

Places in Dospat Municipality are without electricity because of a broken power line. In the western part of the area, snow is falling, and in the east – mostly rain. Both district and municipal crisis headquarters are fully mobilized. Snowfall in Smolyan region is extremely intense. FOCUS Radio District Governor Nedyalko Slavov told FOCUS News Agency.

"I can not say that the situation on the roads is in a satisfactory condition, although there is a lot of mobilized equipment, but in the area of ​​Pamporovo a cleaning problem has created several sedentary trucks." The district governor specified that the Prevala passage was closed, as did the road Lucky – Momchilovtsi.

The Plovdivtsi and Zlatograd dams are overflowing, but there is no complicated situation at present, although the water in the riverbeds rises. Signals have been received for undermined roads, a neighborhood in Madan municipality has been removed. There is a power problem in the Dospat municipality.