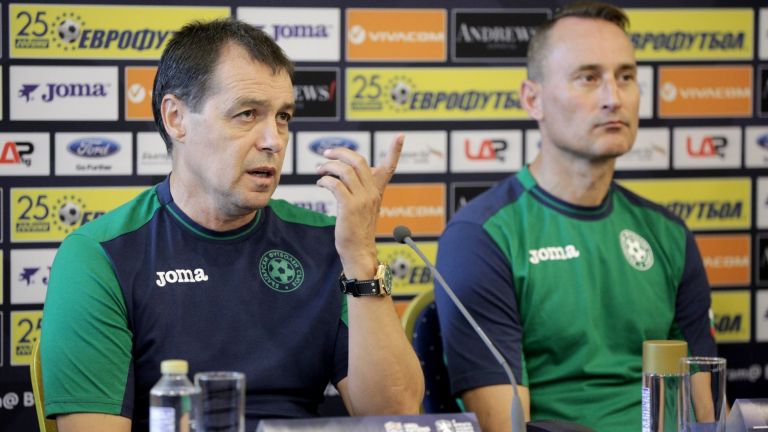 Petar Hubchev left the national team of Bulgaria on May 1, and almost certainly the next destination for the coach is Levski.

Information on the topic was published in the media in the last month, but the club and the Bulgarian Football Union were then fighting to deny. Now, however, there is no going back.

"A speculative thesis comes to life in the media and I do not find it normal", Pavel Kolev, Levski's Executive Director, said on a press conference on March 29th. And he dismissed any possibility that this thesis would prove real.

It turns out, however, that Hubchev has already filed a request for the termination of the contract with the BFU as a co-owner on May 1. This means that it will not lead Bulgaria in the important European qualifiers against the Czech Republic and Kosovo (7 and 10 June).

The favorite for his successor is Krassimir Balakov, who now leads Etar.

The 55-year-old coach of the national team scored two and a half years ago, visibly improving the team's performance and discipline. He failed to rank Bulgaria at the World Cup 2018, which is hardly a sensation – we have not reached a big forum for 15 years.

Hubchev will be Levsky's coach of the new season, and the club will probably have to take over the BFU's compensation for the breeder's contract terminated. It amounts to three monthly salaries, and in the same way Ivaylo Petev left in the autumn of 2017 to inherit exactly Hubchev.

The breeder's balance for the period leading to Bulgaria in official matches is six wins, five draws and four defeats. The best times were the victories over the Netherlands (2: 0) and Sweden (3: 2), and the darkest – probably the last two fights (1: 1 with Kosovo and 1: 1 with Montenegro at home).