The Legal Commission supported the MRF and blunted the preferences 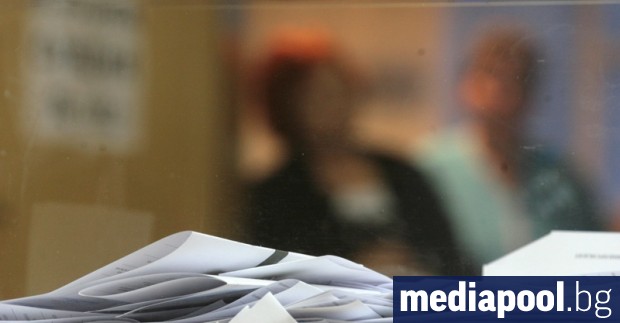 The Legal Commission decided to make sense of the preferences in the elections for MPs, MEPs and municipal councilors as they wanted from the MRF. The proposal was adopted with the votes of GERB, United Patriots, Voice and MRF. Only the BSPs were against.

The text stipulates that in order for a candidate from the list to substitute another, he has to collect the preferences necessary for the introduction of one MP, MEP or municipal councilor. For example, for rearrangement of the MEPs list, one candidate must collect over 100,000 votes.

According to the current law, the threshold for the preference of the European elections remains 5% of the votes for the given list, and for the parliamentary -7%.

"People will appreciate that you are taking away the right to vote for personalities, so no one will be able to shake the leaves", objected BSP MP Yavor Bozhankov. "Why should it shuffle it", answered Hamid Hamid from DPS.

On Wednesday evening, during the 8-hour session, the committee urgently adopted second-reading amendments to the Electoral Code, which will enter plenary on Thursday morning after 3 months of maturing between the two readings.

The Commission also accepted the DPS's insistence on keeping the party numbers in the ballots. The chairman of the commission and GERB MP Danail Kirilov kept his promise and suggested that the parties should have numbers up to 100 and the preferences start at 101 and thus avoid the phenomenon "15/15" – when voters wrongly vote with preference for the candidate from the list , whose number coincides with the party number in the ballot. The text was supported by GERB and MRF, the BSP were against, and insisted that the ballot should not change and the OP abstained.

Only with the votes of GERB and Voia, the legal committee has accepted to abolish the ban on publishing results of sociological research on the day of reflection and election day. However, this text is not expected to be adopted at the final vote in plenary. Such a development hinted at Kirilov, who, after the vote in the committee, announced that the text was adopted "so far".

The amendments significantly restrict the decisions of the CEC, which can be appealed before the Supreme Administrative Court (SAC). The motive – the court had a lot of work, and some of the decisions were not his competence. The Socialists criticized the change, but ultimately the decision was supplemented and will be scaring all the important decisions, including complaints about election day offenses.

If the Supreme Administrative Court rescinds a CEC decision, the Electoral Commission is obliged to take a new one, but not by a two-thirds majority, with the votes of half plus one of its members. The same will apply to appealed decisions of regional election commissions. The original idea was to make decisions with the voices of more than half of those present, but it dropped.

Expected majority in the committee rejected the proposal of the Movement for Rights and Freedoms to have no limitation of the number of sections abroad at all. United Patriots are firmly opposed to such a move because of the vote in Turkey, although the restrictions introduced hamper the vote of Bulgarian citizens in other countries as well. The problem with the vote of the Bulgarians in the UK after Breckit was not solved either. There will be only 35 sections available, as the election law provides for non-EU countries.

The DPS's proposal to drop the ban on pre-election campaigning in the mother tongue – something the movement offers every time the Electoral Code is opened – was also rejected.

Was this article useful to you?

We will be pleased if you support the electronic edition Mediapool.bg so that you can continue to rely on independent, professional and fair information and analytical media.

Subscribe to the most important news, analyzes, and comments on events of the day. The newsletter is sent to your email address every day at 18:00.