The price of petrol jumped before Easter 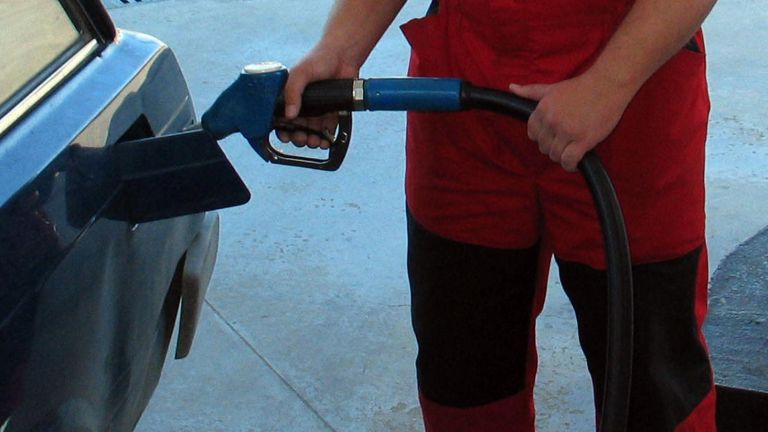 Gasoline prices go up days before the big Easter trip. Merchants expect another appreciation by the end of the week, bTV reported.

For a week, gasoline A-95 rises by 3 cents and for a month by 8. For the past three months, however, we pay an average of 26 cents more per liter of the largest fuel. According to Fuello today, the average price of petrol A-95 is 2.20 leva. The lowest price is BGN 1.99 for single petrol stations in Pomorie and Botevgrad, for example, and the highest one – BGN 2.41 in the region of Kalotina.

With diesel, prices are kept more stable. There, for the past week, the liter even cheaper, though only a penny. Since the beginning of the year, however, the price has been up 16 cents.

According to fuel traders, supply prices, especially for gasoline, require at least one more price increase by the end of the week by 3-4 cents.

"In the past two months, the price of the diesel we all buy, per ton has increased by 60 dollars, and the gasoline – a lot more 180 dollars per current, which in the penny of the columns is 10 – 12 stotinki of diesel and 20 – I suppose by the end of the week we have to compensate for those 4 stotinki, "said Dimitar Hadjidimitrov, the owner of a gas station.

Whether the price records of the autumn of 2018 are still unclear. Then the A-95 liter was almost 2.40 leva. Then the prices went down, as the top ten were at the end of January this year.

It is clear from the gas and oil association that the appreciation in Bulgaria is due to the prices of the international markets. They also note the depreciation of diesel.

"In the last month, finished gasoline has risen to the international exchanges" Rotterdam "and" Mediterranean "by about 7 cents.Therefore, it is quite normal for our columns to have a slight increase.We are a market that can not be cut off by the world trends and that's perfectly normal, everywhere in Europe, "said Svetoslav Benchev of" Bulgarian Oil and Gas Association ".

He was categorical that the appreciation was not related to upcoming holidays and that summer increases did not exist in the past two years. In recent weeks, the international markets have seen tightening mostly due to the US administration's hint that it will impose sanctions on companies operating in Iran and shrinking shale extraction behind the ocean. World Trends are for rising world oil prices. Consumers are hoping that the increase that petrol has made will not reach the peak of BGN 2.40, as it was last fall.

More than half of Bulgarians have a car. Drivers monitor and sense the price of fuel. So if we travel today from Sofia to Montana and our car spends 9 per 100, the fuel will go up by 72 cents more expensive than if we had traveled last week, Nova TV calculated.

At the end of last year there were protests in many places around the country because of fuel prices. At the beginning of 2019 prices fell significantly – to 1.95 leva per liter for A95. According to experts, coincidence is accidental.

"In the wake of circumstances, intensive protests against high fuel prices have coincided with a reversal of the oil price trend towards a decline", said Hristo Kazandzhiev from the Bulgarian Energy and Mining Forum.

And the difference in fuel prices in cities across the country from large gasoline chains explains in different market competition and different delivery options.

With a clear forecast of price movements in the near future, experts are not hired.