They caught the killer's testimony, he is in a hospital in Bulgaria 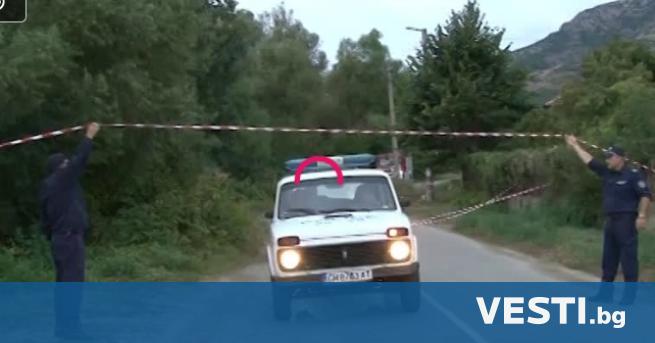 X they dumped the alleged killer of the child in Sotir. This was confirmed by the Secretary General of the Ministry of Interior, Ch. Commissioner Ivaylo Ivanov, NOVA reported.

"We confirm that he was the perpetrator of the brutal murder. He was resisted by the detainee. He was taken to Sliven hospital," he said. There are wounds, it is yet to be determined which of them are under arrest.

The suspect was hiding in an uninhabited house in the village. When the cops showed up, he left to run. He was then shot in the leg by a law enforcement officer, NOVA learned from his sources.

A 7-year-old girl was raped and beaten to death in Sliven village.

First we need to see the status of Martin Trifonov and then it will become clear and why he did it.

Two witnesses the detainee was told that before he was caught they were looking for him around the area. At that moment, they saw the vehicles of the Border Police. The man started running, they followed him. One of the boys tried to hit him with a tree. Officers were thundering in the air, he told NOVA.

Earlier today, police said they were searching for a 21-year-old man, who was lying in jail for fornication, for the brutal murder of a 7-year-old girl. The serious crime took place on Thursday evening in the village of Sotirya in Sliven. The child was raped and beaten to death. It was found in a gully in the village. The forces of law enforcement sought the alleged perpetrator by land and by air.

"The suspect is 21-year-old Martin Trifonov. He is unemployed, asocial, has no friendships, his family is in a very difficult financial situation, he is without education, "said the Interior Ministry's chief secretary earlier. Commissioner Ivaylo Ivanov in the village of Sotira in Sliven.

He has been sentenced to prison and has been imprisoned for acts of fornication against his family, "the Interior Ministry's Secretary General added.

People in the village also claim that the wanted man was in a theft jail. They also associate his name with a fatal incident that occurred a year ago. Martin was passing one of the houses in the villa area when he was chased by guard dogs living in her yard. The owner of the property intervened and tried to tame the animals. However, they attacked their owner and took him to death. Then Martin himself told the story to NOVA's camera.

Police are expected to report the data at 3:30 pm.

Follow us anywhere and anytime with the Vesti.bg mobile application. You can download it from Google Play and AppStore.