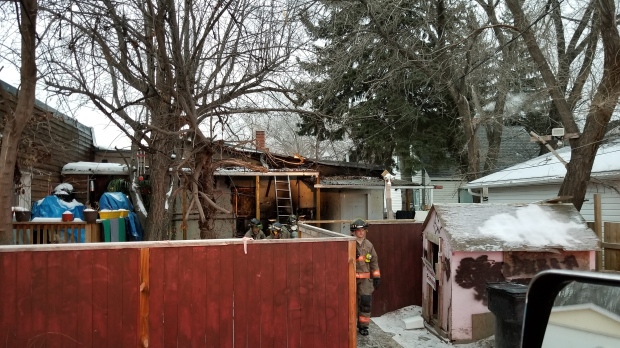 Firefighters made shelter to protect the woman with mobility challenges during a fire on Sunday morning.

About 8 in the morning, the Saskatun fire brigade received a fire signal at 339 Avenue North, according to a media report.

The commander reported that heavy smoke and flames extend across the back of the building, which extend through the roof. The officers were able to throw out the bulk of the fire within a few minutes.

Firefighters entered each of the four apartments to make sure everyone had left the building. Three of the apartments were released, but a woman with mobility challenges was found in the fourth apartment. Employees prepared her shelter.

An assessment showed that the fire had not spread to the ceiling or the interior of the building.

The cause of the fire has not yet been determined.