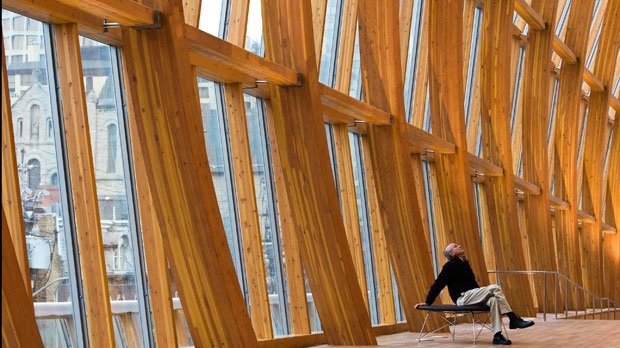 TORONTO – Ontario's art gallery is stepping up its efforts to raise money in a mirror room endless in the last week of a fundraising campaign.

The Toronto Gallery was nearly $ 1 million from its $ 1.3 million plan on Thursday, shortly before announcing a new financing deal this morning.

Now it is in partnership with a global campaign known as "Giving Tuesday" that encourages charity Tuesday after Thanksgiving in the US and the Cyber ​​Shopping Day Monday and Black Friday.

The gallery also revealed that the room he is going to buy is a copy of a larger than average piece by artist Yao Cussama, who is currently in the Chicago Museum. Called "Let's Survive Forever," it includes reflective steel balls and a mirror column that itself contains a small mirror room endless.

Message chief Lisa Clements says the gallery is locked in a deal to buy the room, no matter how the monthly fundraising campaign ends on November 30th.

She admits that you may have to rely on an 11 hour donor to cover a possible shortage.

"There is a commitment to getting the job done, so we will make sure we get this job, no matter what," Clements said.

"If someone comes forward, we will surely say," Yes, "that's for sure, but we are exploring all of our corners," she added, noting that there was a renewed social media boost for donations, as well as more promised expectations next week.

Few over 3,000 people donated nearly $ 370,000 from Thursday afternoon, and Clements no doubt confirmed the purchase for one week.

"We know that supporters who know us well really watch and pay attention to the campaign (s), and I really think we will have this support at the end of the day."

Yet it was hard to ignore how far you had to go.

Initially, the gallery would reveal the room after the goal was reached. She says that her disclosure "must become more real to people".

"This is an unusual room in this way that four or five people can get in on time, that's great," she said.

The AGO Foundation has already taken $ 1 million to cover half the purchase price. The gallery has also made a donation by offering three matching donations, including one sponsored by the Schulich Foundation, which runs on Friday at noon and is limited to $ 20,000.

But Clemens refused to say whether the gallery was where they thought they would be at this stage of the campaign.

"There is no book about rules, we thought about it while we were going, and we were not sure where we were going, but we are the first art museum in Canada to do that," she said.

"We will, of course, have a lot of that.