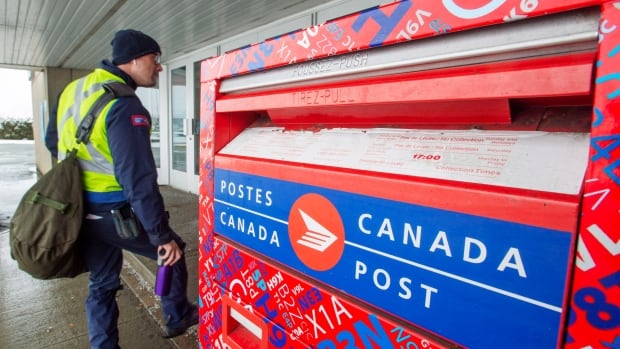 Canada Post is still warning that it could not get holiday packages delivered on time, as the lingering effects of recent rotating strikes continue to slow its system.

The service's spokesperson, Jon Hamilton, said on CBC's All In A Day that there are lots of parcels waiting to be delivered.

"We are facing a backlog of about six million parcels as of today," he said Friday afternoon.

The postal union held regional strikes across the country last month before being legislated back to work. Since the strike officially ended, protests have taken place outside some Canada Post facilities.

Hamilton said these strikes have a continuing impact, which when combined with the busy holiday season means they can not guarantee delivery times they normally do.

He said they are doing their best to get as many items as possible through the system.

Canada Post briefly halted incoming deliveries from foreign postal companies and Hamilton said that the embargo is lifted. But he warned items coming in from overseas might still take longer than usual.

He said in general, the system is just more unpredictable than usual, which is why they can not guarantee delivery times.

But one of Canada Post's services is completely unaffected by all of this. Letters to Santa are still coming and answers should arrive for any letters sent before Dec. 10.

"Santa is counting on us as he has for 30 plus years."