Douglas Rain, Stratford Festival actor and voice of HAL in 2001: A Space Odyssey, dies at 90 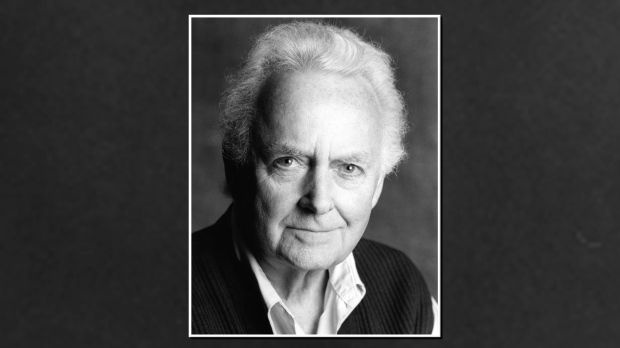 Douglas Rain passed away Sunday morning at the age of 90.

The actor, one of the pioneers of the Stratford Festival, is the best known for his role in Stanley Kubrick's iconic 2001: A Space Odyssey.

Rain is the voice of the sentient computer HAL.

He was born in Winnipeg in 1928 and began his career as a radio child actor.

After attending the University of Manitoba, Rain traveled to London to study at the Old Vic Theater.

He returned to Canada and in 1953, was one of the founding members of the Inaugural Season of the Stratford Festival, playing the Marquis of Dorset and Tyrrell in William Shakespeare's "Richard III."

Over the course of his career Rain is spent 32 seasons in Stratford.

His final production festival was "A Man for All Seasons" in 1998.

"Canadian theater has lost one of its greatest talents and a guiding light in its development," said Artistic Director Antoni Cimolino in the release. "Douglas is a rare artist: an actor deeply admired by other actors. The voice of HAL in 2001: A Space Odyssey, Douglas, Kubrick's iconic creation: precision, strength of steel, enigma and infinite intelligence, as well as a wicked sense of humor. But those of us were lucky enough to have worked with Douglas soon to be solved by the center of his mystery lay warmth and humanity, evidently in his care for the young members of our profession. Douglas dedicated his talent to the stages of his native land, and we are proud to return to the coming season's production of Othello to his memory. We owe him so much. "