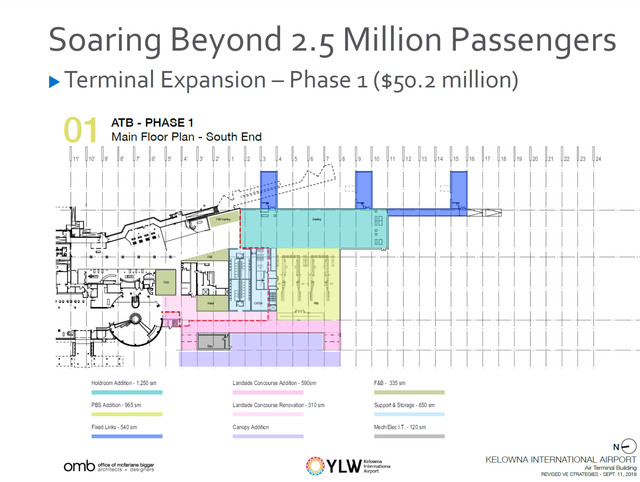 It will cost you more to fly from the International Airport in Kelowna.

YLW Chief Financial Officer Shayne Dyrdal says charges should increase due to the rapid increase in passenger traffic through the airport.

She says the current 2045 airport management plan, approved two years ago, foresaw growth of around 3.9% by 2020 and reaching 2 million passenger signs in 2020.

"For the last three years, the airport has achieved a passenger growth of approximately nine percent and expects to hit two million passengers this year, two years earlier," Dridal said.

"The airport is beginning to reach operational capacity in a significant part of its infrastructure."

Dyrdal says that in order to continue, the airport dares to become a 10-year program to extend the price of about $ 183 million.

The bulk, $ 50.2 million, is for the first phase of terminal expansion, which will include expanding the exit zone and pre-screening. It is expected that this work will continue from 2020 until 2022 and substantially double the size of the exit lounge.

She told the Council that the initial price of 329 million dollars was not financially stable and was reduced.

"We wanted to remain a cheap airport and at the end of the program we wanted to be in a strong financial position to allow for future financial growth and future capital development," Dridal said.