Highway 7 closed east of Black Diamond after a fatal accident 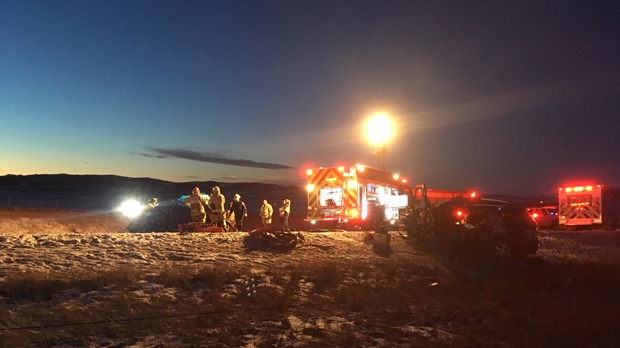 The afternoon catastrophe on Highway 7 between Black Diamond and Oktox took the life of a teenage girl and sent two people to a hospital.

According to official RCMP representatives, Chevrolet SUV and Pontiac Bonnyville collided shortly after 3:30. a location about two miles east of Black Diamond. A 17-year-old girl from Turner Valley, who was the leader of Pontiac, was declared dead at the scene of the crash.

EMS is transporting a 14-year-old man who was a passenger in the car, from an ambulance to the Alberta Children's Hospital. The tears and condition of the teenager are not confirmed.

STARS AIr ambulance carries the SUV driver, a woman in her 40's, from a crash scene to the Foothils Medical Center in Calgary in a serious, life-threatening condition.

Highway 7 was closed in both directions at the crash site for several hours, but it was again open for traffic around 7:00.