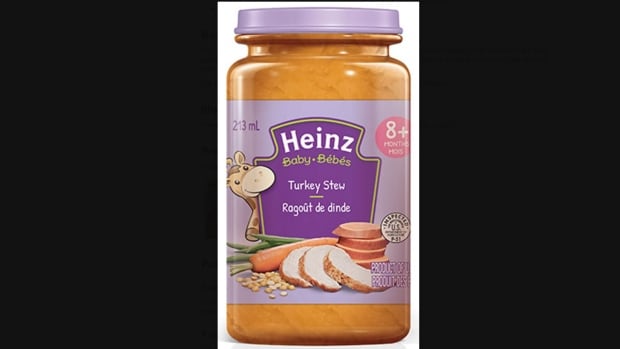 The Federal Food Safety Authority says it is recalling a particular brand of baby food because of the possibility of insects being in the product.

The Canadian Food Inspection Agency says it is recalling the Kraft Heinz Canada turkey product for babies over 8 months old.

No diseases have been reported.

The agency says the product should not be consumed and should be thrown away or returned to the store where it was purchased.