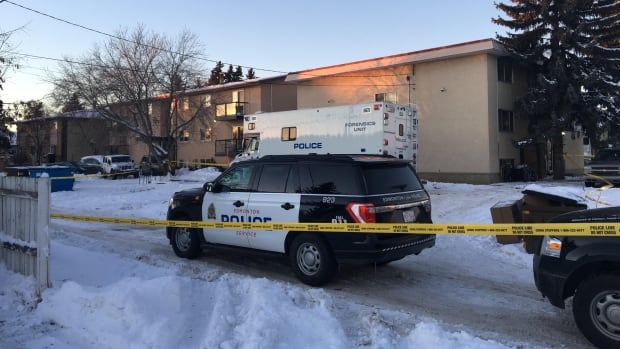 A 29-year-old man charged with killing two young sisters and assaulting their mother had been ordered by the court five weeks ago to have no contact with the woman, court documents show.

Ashton Brian Lafleche was charged with two counts of second-degree murder after the bodies of the children were found Wednesday in a south-eastern Edmonton apartment suite. He has also been charged with assault causing bodily harm to children's mother.

Acting Staff Sgt. Terrie Affolder of the Edmonton police homicide section has confirmed the charges at a news conference Friday at the police headquarters.

Court documents identify the two children as Mackenzie Petawaysin and Mary Lafleche Petawaysin, and their mother as Tamara Petawaysin.

Affolder said the accused is the biological father of the younger child. He had a relationship with Tamara Petawaysin but did not live with her in the apartment where the children's bodies were found.

Lafleche had been ordered by the court on Oct. 31 to have no contact with Petawaysin.

He appeared in Stony Plain court on that same day, and pleaded guilty for failing to comply with a probation order. He was fined $ 100.

On Nov. 30, after pleading guilty to a breach of recognition, he was sentenced to 20 days in prison. It's not clear why he was not in jail at the time of the offenses.

The children's bodies were found Wednesday in a storage room, "concealed under a bunch of household items," during a search of the apartment, Affolder said.

She called the deaths "senseless."

"Our sincere condolences go out to the family and friends impacted by this tragedy."

Autopsies are scheduled for Friday morning, and police expect results from the medical examiner later in the afternoon.

The police did not release the names, the age or gender of the children, or the name of their mother.

"We are looking to protect [the mother’s] identity as she is also a victim of this violent crime, "Affolder said.

The apartment is located in Allen Manor at 7920 71st St., in the King Edward Park neighborhood.

Officers were initially called to the area around 5:30 pm. MT and found a woman in distress with serious injuries.

"Information was that a woman was being chased by a male outside, and that she seemed to have been assaulted," Affolder said.

After interviewing the woman, police learned the name of a suspect and also that two children were involved.

Officers returned to the woman's rental suite but were unable to locate the children, Affolder said.

"In the early stages of the investigation, we did not know where the children were."

About three hours later, another call to police reported an "unclothed male" acting erratically. He had broken into a garage near 73rd Street and 80th Avenue. 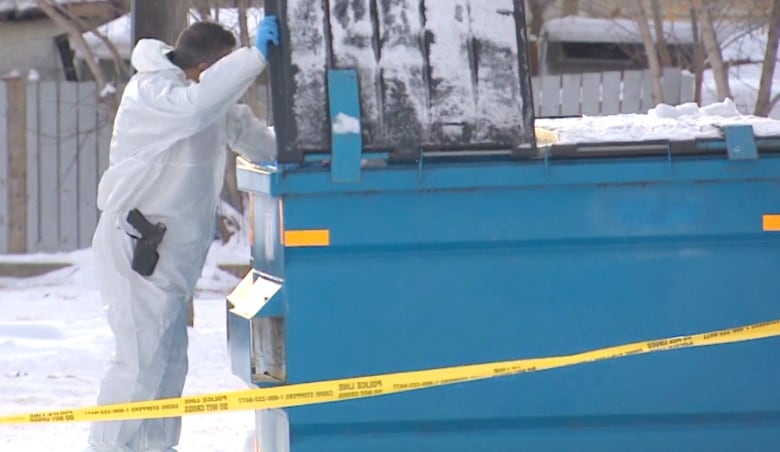 After questioning the man, the police returned to the suite and found the children's bodies around 8:30 pm.

The mother continues to receive treatment in hospital.

"She has serious injuries but she will survive," Affolder said.

Police are offering counseling and support to the officers who responded to the call.

It has been an emotional case, Affolder said.

"Investigations involving the senseless death of children create impacts that are felt throughout the community, including some of our officers."

'Yelling the night before'

Christian Tobar, who lives in Allen Manor, said the children and their family moved into the building about two months ago.

He said he often heard arguments even through the walls.

"I heard yelling the night before [the kids were found dead]. The girl was like, 'I'm going to kill you … get out of my house. Every time, you always do this to me, 'and stuff like that,' Tobar said.

It makes me sick to my stomach– Christian Tobar

Tobar said the police had knocked on his door on Wednesday night and informed him of the deaths.

Since then, the building has been crawling with police and forensic investigators in hazmat suits.

Tobar was disturbed by the news.

"I found that out and [I thought] I gotta move out of here, I'll be honest. It makes me sick to my stomach. I have kids myself. "