Molson Coors shares fall after the accounting error has been detected 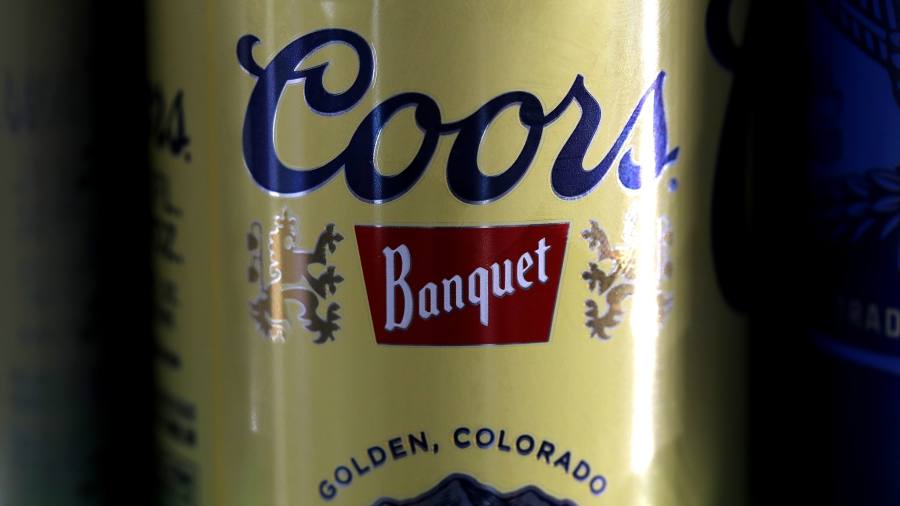 Molson Coors warned of a "major weakness" in its financial reporting after the brewery identified accounting errors stemming from a $ 12 billion deal signed with British SABMiller three years ago.

Shares dropped 9.5 percent by noon in New York after the company – whose brands included Blue Moon, Carling and Cobra – recalculated the financial results and also reported a weaker demand for beer in the United States and Canada.

Leaders said accounting problems arose when buying the 58 percent stake that the group no longer owns at MillerCoors, its joint venture with SABMiller. The deal paved the way for the acquisition of SABMiller by Anheuser-Busch InBev.

The company identifies issues with previously issued financial statements arising from the treatment of the so- Deferred tax liabilities (DTL) – taxes due but not yet paid – in the joint venture.

For 2016, deferred tax liabilities and income tax expense were underestimated. This means that the number of net profits that the company has reported for this year is almost $ 400m higher than it should have been.

The next year's problem was further complicated by the US corporate tax cut. For 2017, the company cut its net income by more than 150 million dollars. Together, the company said it had underestimated the value of DTL on its balance sheet of $ 248 million, and as a result it overestimated its total capital by the same amount.

"There was a significant weakness in not designing and maintaining effective control over the completeness and accuracy of reporting and disclosing the effect of income tax on acquired affiliate interests," the company said in a bid for securities and exchanges. Commission.

Net revenues fell sharply to 76 million dollars from 717 million dollars in the previous quarter, when the results were flattered by the US tax reform. One-off adjustment, however, the company reported a profit of 84 cents per share, compared to 62 cents a last time.