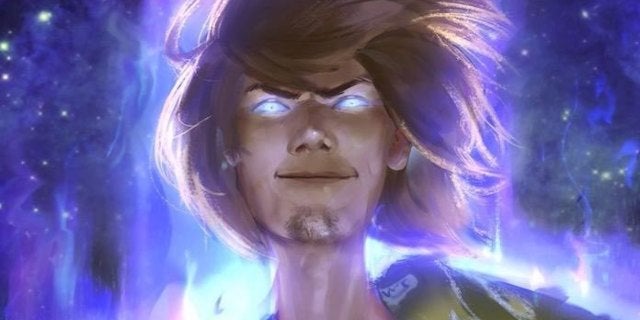 Since its official appearance a few weeks ago, speculation has wracked which "guest" characters will appear in the upcoming Mortal Kombat 11, And heaven is the limit, considering this Mortal Kombat XL is the home of various heroes of horror, including Friday 13thAnd Jason Voorhis Texas slaughter in TexasLeather skirt.

But then something interesting happened – a fan created a petition to bring Scooby DooShaggy is in the bout, and suddenly a huge force rises from his colleagues. And now it became so great that Ed Boone, the creative director of NetherRealm Studios, turned to the question. This does not mean that this is an official confirmation or something, but the answer is interesting, at least.

Earlier today, when a fan turned to Boone on Twitter with the statement, "We want Shaggy," he replied in kind:

But then he decided to have fun with the idea because he found a drawing and decided to share it in the social media channel, with Shaggy staring with his eyes. You can see this tweet below:

Hello? Lo? Mid? Take? I will mix your shit into battle games! pic.twitter.com/nzCq4iskj7

And, of course, the fans ate it:

I can not wait for the death of Scooby's snacks

Well Hellboy, and TMNT works at Injustice, Negan is at Tekken. This can work 🙂

Scooby Doo is about why he is not #kombatpedia for #Mortal Kombat more! Oh, wait, there may be! pic.twitter.com/yS3palC5GF

But there is one particular answer that has attracted the most attention, and it is from the person who depicts Shaggy in Scooby Doo movies, Matthew Lillard. Not only that, but he gave the requisite of the artist who brought "spiritual Shaggy" to life, Raiko.

You have done well with my child. Zoink. //t.co/J9h53HcbgY

It's really pretty surreal to see. But does that mean that Shaggy stands, um, a specter of chance to enter the game? It is still too early to say. Yet, there is Shaggy's skin potential, at least. What do you say, Ed?

Mortal Kombat 11 comes out on April 23 for Xbox One, PlayStation 4, Nintendo Switch and PC.

Do you want to see Shaggy in Mortal Kombat 11? Tell me why (or why not) on Twitter on @TheDCD!