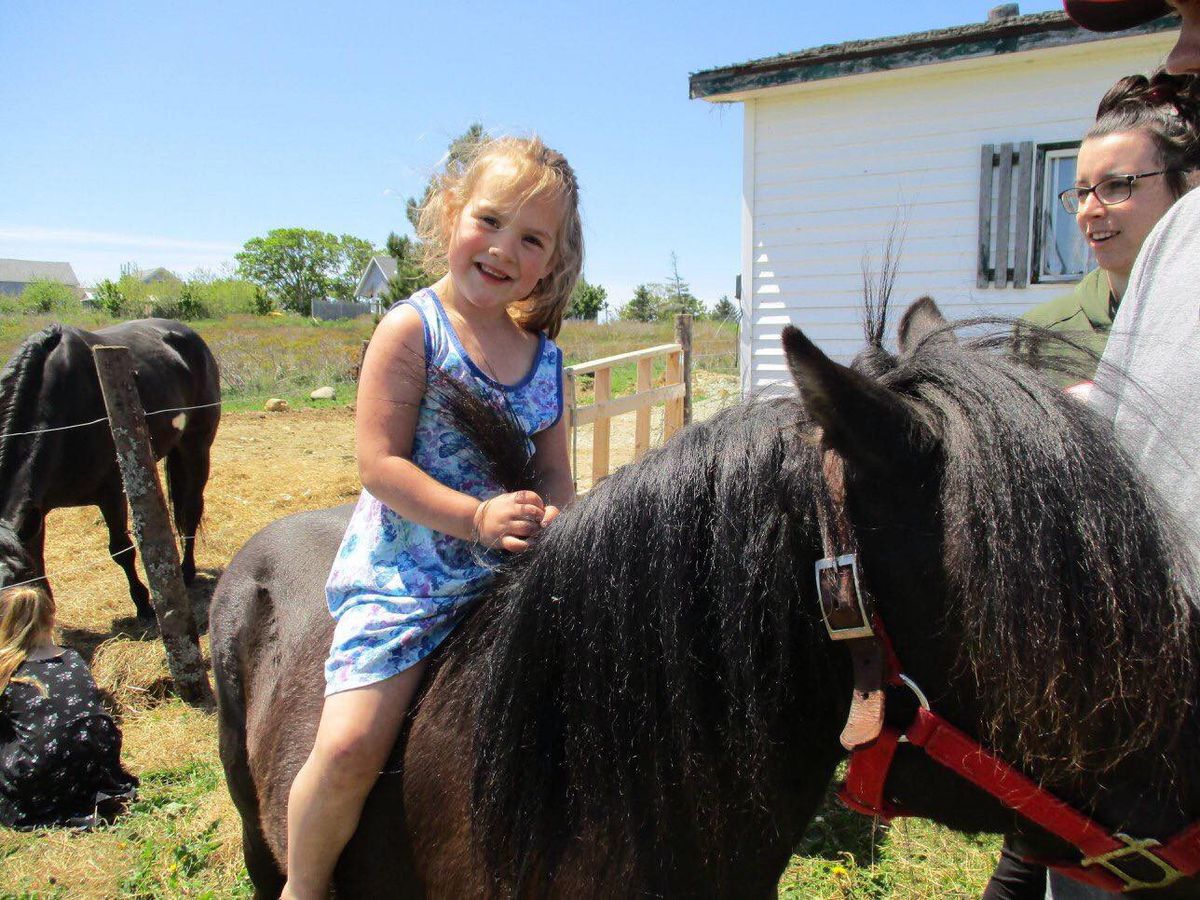 As residents of a small Nova Scotia town mourn a little girl who was run over by a float in the annual Christmas parade, questions are raised about safety measures along the parade route.

MaCali Cormier, 4, died Saturday night as the annual Christmas Parade of Lights in Yarmouth, N.S., was drawing to a close around 7 pm

"She was a very, very great kid. So full of love and life, Devan Boudreau, a family friend who had known MaCali since her birth, said Monday.

She was remembered as a child who had a passion for learning and "loved helping other people."

Her obituaries, posted Monday on the H.M. Huskilson's funeral home site, said Cormier was a pre-primary student at Yarmouth Central School and "could not wait" to go to the new school that is being built across the street.

A witness to the tragedy, local resident Vance Webb, said when he arrived to watch the parade with his step-son and three grandsons, he and his wife noticed there were vehicles parked on both sides of Main Street – the same street used for the parade.

"They were parked all along the parade route, bumper-to-bumper," he said in an interview. "It created hundreds of spots where kids were running in and out. It reduced the road size. Of course, kids want to see the parade, so there's a tendency for them to get out of the cars. "

Webb, a former machinist and volunteer firefighter who moved to Yarmouth 14 years ago, said he had never seen vehicles lining both sides of the street during previous parades.

"The fact that the road was narrowed by the parked vehicles – it was not good. That should never happen. "

Officials with the town of Yarmouth, who issued a permit for the parade, could not be reached for comment Monday.

An Oct. 4 entry form on the Facebook page for the Christmas Parade of Lights noted that parking would be allowed on Main Street. Parade officials did not return phone calls, but they issued a statement on social media saying they mourned the family's loss.

"The parade committee is devastated by the traumatic accident during the Christmas Parade of Lights," he said. "The focus is on coming together as a community and helping this family through a very difficult time."

Webb said he and his family were watching the parade when they noticed that a float being pulled behind a truck started jerking in an unusual way before it stopped. Then he saw something on the ground and he heard people screaming.

He said there was "mayhem" once people on the street realized what had happened.

"People within 50 feet of it – none of us are OK," he said. "All the adults were crying. Everywhere I saw, there were hundreds of people crying. "

"The family is struggling enough without the additional burden of having to pay funeral expenses, so we're just another member of the community that's trying to help them out," the spokesman said in a brief interview.

Since Saturday, dozens of friends have sent messages of condolences to the two young parents, whose Facebook pages speak of deep sorrow and sympathy.

Boudreau, who had known MaCali since her birth, said in an interview Monday he appreciated the many condolences pouring in.

"Not only is Canada and everyone in Canada grieving over this, but everyone around the world is also grieving about this," said Boudreau, who has a son, 12, with MaCali's father's sister.

Boucreau, 29, said MaCali was a friendly, happy girl who always wanted to be part of what was going on.

"It's unbelievable. Even if you were a stranger and you walked by her in the mall, and you looked at her, she would say hi or give you a hug, "Boudreau said.

"There's an angel watching us now, who does not deserve to be watching, who had a hell of a lot of life left in her that everybody wanted to see. She was so full of joy, and she was so happy. "

A vigil was to be held Monday night at Frost Park, which is near the town's waterfront.

Yarmouth Mayor Pam Mood said more than 40 people have shown up at a downtown hotel on Sunday to receive grief counseling.

"There was a lot of tears," Mood said Monday. "It was raw, emotional. I've never experienced anything like that. People were just very open, and it was a safe place to be. "

Grief counsels were to be dispatched to local schools on Tuesday, when students return from a previously scheduled day off, Mood said.

"The most important part is that people all grieve differently, and we need to respect that in each other," Mood said. "And it's not just emotional. It's a physical reaction to the tragedy. "

In a statement, the Tri-County Regional Center for Education said it had implemented its crisis management plan.

"Members of our crisis management team will be in schools on Tuesday morning to provide support to our staff and students," the statement said.

"This was an extremely traumatic event that was witnessed by so many people, including children, who were present to enjoy a family event," Hutchinson said in an email. "We encourage people to seek professional help to manage their emotions after witnessing such a tragic incident."

Hutchinson confirmed the police had seized the vehicle and float to conduct mechanical inspections.

"It's too early in the investigation to speculate what charges, if any, are warranted," he said.