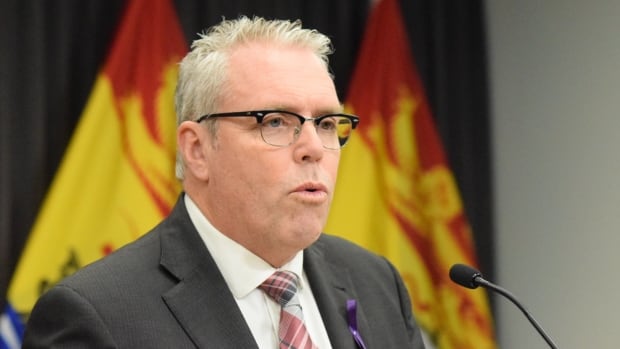 The new Progressive Conservative government is dramatically scaling back on infrastructure with a capital budget almost one-third lower than what the previous Liberal government had planned.

There is a smattering of new projects in the spending plan, including new kindergarten-to-grade 8 schools for Moncton and Hanwell, but overall belt-tightening is clear.

The government is postponing several major, high-profile projects, including:

Finance Minister Ernie Steeves told the legislature that while a burst of stimulus money and a decade ago stabilized the economy after a global market crash, "we have failed to curtail our infrastructure spending as the economy started to improve."

He called the continued large-scale deficit on infrastructure as a major factor in the near-doubling of our net debt and warned that the debt could grow more quickly if interest rates rise as a result of a downgrade of the province's credit rating.

That includes a new English-speaking K-8 school for the rural community of Hanwell, outside Fredericton, in the riding of Education Minister Dominic Cardy. The school location has been the subject of a long local lobbying campaign.

Cardy was jeered by opposition MLAs and he told the house that the decision was a sign of the Higgs government taking politics out of school-funding decisions.

The budget Also includes a new francophone K-8 school in Moncton. The previous Liberal government had announced plans for the school to take pressure off two overcrowded schools in the city, École Le Sommet and École Champlain. 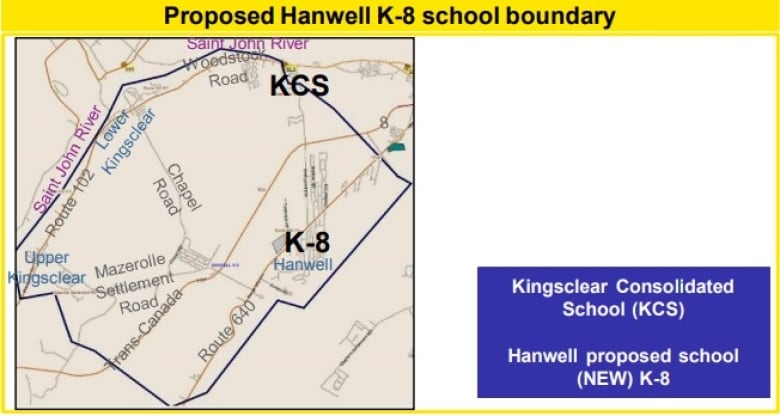 The Anglophone West District Council has proposed a new Hanwell K-8 school. PCs have set aside money for this project in their proposed budget. (Anglophone School District West)

On roads and bridges, the Tories will spend $ 321.1 million, a reduction from the $ 458.1 million of the Liberals allocated for this year.

The PC capital budget also includes $ 123.8 million for health-care infrastructure, an increase of $ 99.9 million by the Liberals – but all but $ 32 million of PC total is to continue work on projects already underway.

That includes a new maternity and newborn unit at Moncton Hospital, a surgical suite addition at Dr. Georges-L.-Dumont University Hospital Center, additions and renovations at Chaleur and Dr. Everett Chalmers regional hospitals and a mental health care center for young people in Campbellton.

The budget includes a five-year spending plan that projects similar amounts of spending in all areas for fiscal years through 2023-2024.