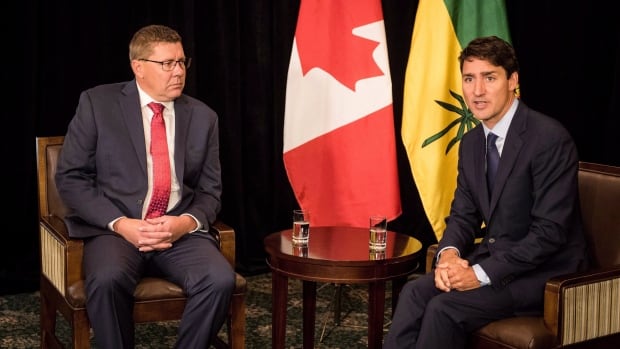 Prime Minister Scott Moe is forcing the federal government to accept the proposed changes that will make it easier for rapeseed farmers affected by the trade dispute between Canada and China to receive cash advances.

In a letter Tuesday, Moe said he was initially impressed that the federal government "seems ready to act swiftly" on this issue. But, Mo said, he is now concerned that federal "do not offer specific support" to rapeseed producers.

"Time is over," Mo said in an interview.

"Our Saskatchewan and Western Canadian producers are on the edge of the field, and in the southern regions they are actually in the field and it is time for our federal government to decide whether they really want to go ahead and support this industry."

Moe said this is by no means a complete solution to the problem faced by canola producers, but that is only a small boost to help alleviate some of the side effects.

"We need to have diplomats, have scientific staff in place in China, engaging with the Chinese about the importance of our products, our good pure rape products coming to this market," he said.

The proposed changes include an increase of the advance program ceiling of up to $ 1 000 000 at the expense, the full amount being interest-free. An extension of April 30th is also foreseen for spring reception.

In his letter, Moe also said that Saskatchewan was ready to offer help in all diplomatic or scientific decisions on rape.

Today, I sent a letter to the Prime Minister @JustinTrudeau – It has been 3 weeks since we discussed changes to the pre-financing program in meetings with Ministers Bibo, Carr and Frieland to help rape producers affected by the trade dispute with China.