Roachdale's mother's operation stopped due to an "unusual deal" 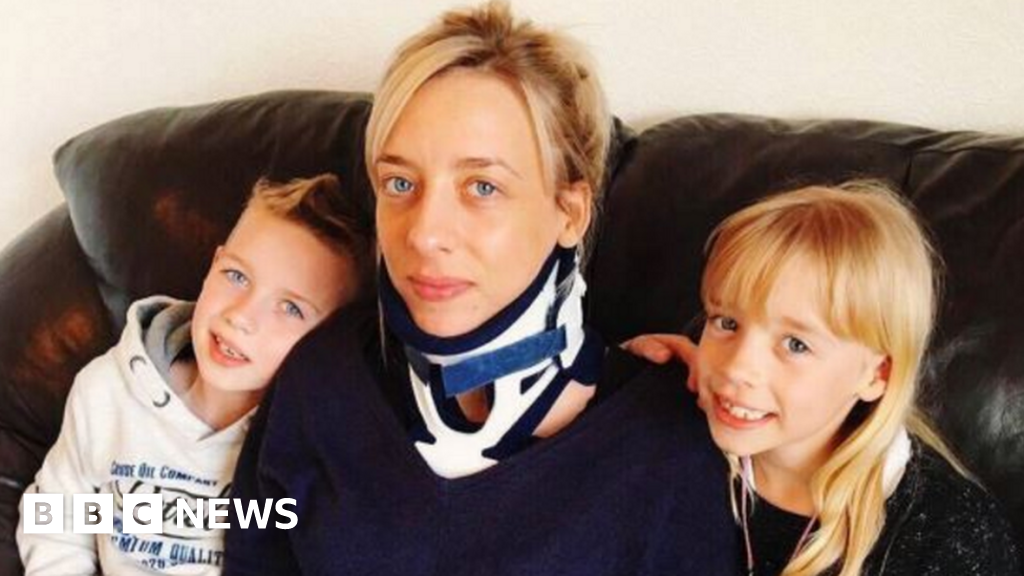 The life of a mother saving a neurosurgery of £ 250,000 was suspended after her bank raised a fraud alert when she tried to pay the doctors.

Samantha Smith traveled from Rochedele to Arizona for the recovery surgery on her neck, which is weakened by the syndrome of Elors Danos.

Ms Smith said Barclays was blocking the transfer of funds, although she was told in advance, which led to a postponement.

The bank said it had a duty of care to check out unusual deals.

Mrs. Smith said she hoped the operation would be rescheduled soon.

She left weak muscles at Smith's mother's neck too weak to hold her head upright without using her neck neck and causing pressure on her brainstem.

The bony fusion procedure is not available or funded by the NHS, and Mrs Smith has picked up £ 250,000 through crowdfunding and travel trips to the Mayo Clinic for Surgery.

Barclays stopped the deal because he was trying to pay operational operating costs in advance on Friday.

Mrs. Smith spent two and a half hours on the phone at the bank, but the removal of the restrictions on her account came too late for the clinic that had stopped the surgery until then.

She said it was "rude" to take away the "over the money we have" operation, but she was trying to stay positive for her children.

A bank spokesman said he had to be careful to check out unusual deals with his clients.

"We have already established contact with the customer and helped solve the problem so that the payment can be processed as quickly as possible," the spokesman added.