Sask. a volunteer firefighter struck by half passing and killed while responding to a catastrophe near Rosetown 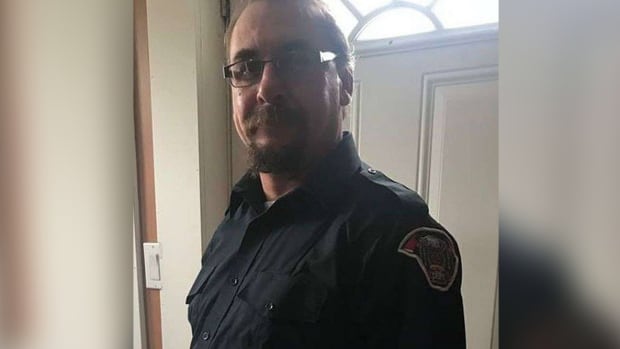 According to the RCMP, a volunteer firefighter died after being hit by a passing semi-trailer while responding to a two-car crash near Rosetown.

Darrell James Morrison, 46, was one of the first respondents to the scene after two semi-finals that collapsed about 20 kilometers north of Roatstown on Highway 4.

While Morrison helped the scene, he was struck by another semicircle that runs on the highway, according to RCMP.

"Rescue efforts were made by his colleagues on stage and he was transported to a hospital in Rosewood but he died a little later," RCMP said in a press release.

It happened north of Rousastown and south of Marriott. Police say there are deviations to drive traffic away from the area.

Heavy fog and ice are reported in the area, so police remind passengers to be cautious while driving.

Rosetown is about 117 kilometers southwest of Saskatoon.

Caution should be exercised

"If people could learn to be a little more patient and tolerant and realize that life is at risk, these are people in your neighborhood who choose to go out and help someone else."

Rosetown mayor Adam Kriser said the city was shocked by the tragedy.

"It's so much more tragic when we're the people who run away from the fire, and these are the people running on it." When we find ourselves in trouble somewhere, these are usually the first people on the scene to get help. "

He said that all their thoughts and prayers went to the Morrison family and the firemen community.

"They do it as volunteers who come and help others, and someone who has this obligation to pay the price is indescribable."

Closure of the highway 41

Closure comes shortly after the highway is closed on Highway 41, about eight miles south of Wakaou, after a fatal car-half accident.

Police say the two sections of the highway will be closed for several hours while the investigations continue and they will release more information about the two catastrophes when they become available.