Sending Back: Restaurants Canada launches a critical campaign before the Alberta elections 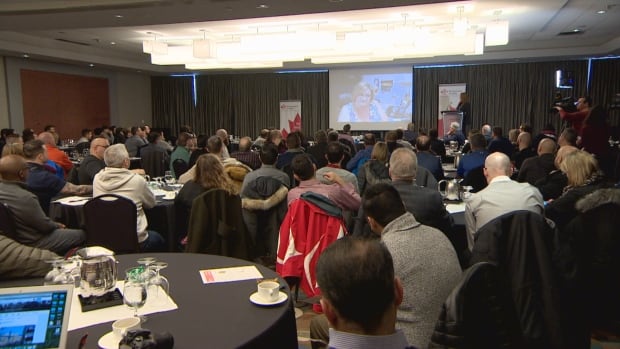 With the election that emerged in Alberta, Canadian restaurants have prepared a video campaign that criticizes the current NDP government in Alberta with testimony of restaurant owners and the problems they face.

Restaurants Canada released the video in a conference room filled with local restaurant owners at the Matrix Hotel in Edmonton on Tuesday.

The restaurant owners interviewed in the video spoke of the rising costs of doing business, wage increases, expansion to other provinces, and mandatory holiday pay.

"They are small entrepreneurs who put their savings into their business, they thought the combination of a weak economy and all these changes in politics made it impossible for them to stay in business," said Mark von Schwaltz, restaurants. Vice President of Canada in West Canada.

Speeches made at the event criticized the current government, which refers to job losses, business closures, and a decline in sales. The speakers attribute all these issues to Alberta's NDP policies and raise the minimum wage to $ 15 a hour in October.

"Our warning was in 2015 that if you do this, especially now, the minimum wage [would be] too much, too fast, "von Schwaltz said. 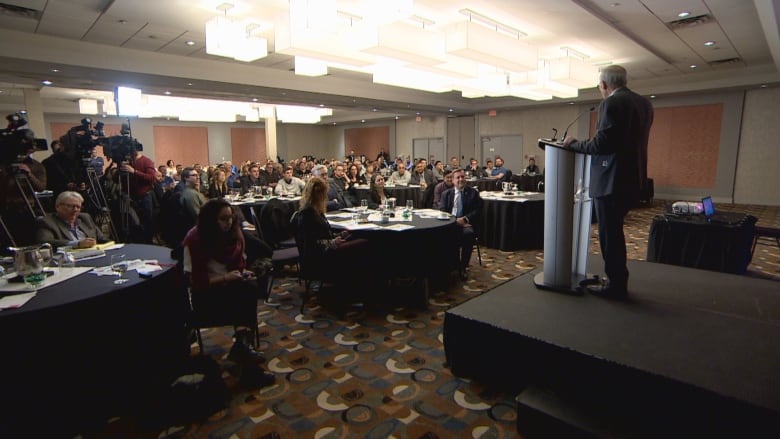 Stephen Mandel spoke before the crowd of the Canada Canada event on Tuesday. (Richard Marion / Radio-Canada)

Kenny talks about the NCC platform on Bill 2, which he calls open for business.

"This would overturn a number of NPR attacks on job creators, such as the absurd imposition of compulsory wages for leave, even for businesses that are not open for public holidays, and to restore the practice of returning employers of surplus to the fund of the WCB, "he said.

Alberta Labor Minister Christina Gray was invited but canceled her plans to attend after learning more about the Canadian restaurant campaign. She called it a "campaign against the workers".

"I felt their presence could show some approval," Gray said. "I reject the launch of this third campaign to abolish workers' rights.

"We must support working Albanians through fair wages by having rules for fair employment standards and making sure that those who do the least in our province and work all day can still put food on their table at the end of the business day. . "

Gil McGuang, president of the Labor Federation in Alberta, came to the event to speak out against the campaign and to support Alberta's minimum wage.

"With this campaign from Canada's restaurants and comments from the UCP and the Party of Alberta, they are trying to take advantage of the misfortune that Albanians have grown in a collapse of oil prices and use it as an excuse to justifies the reduction or freezing of a minimum wage or the introduction of wages with two levels, "said McGuang.