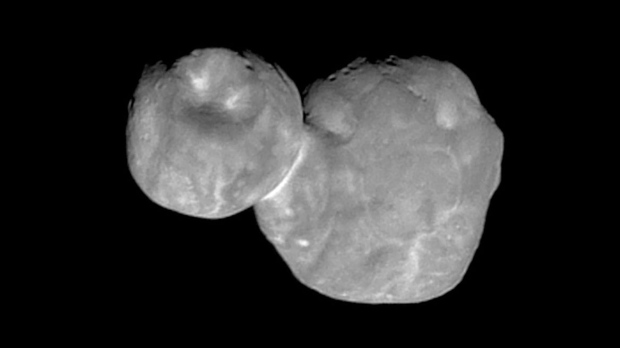 CAPE CANAVERAL, Florida – The space snowman visited by NASA on New Year's Day is everywhere. She also has a bright "collar" around her two melted spheres.

These are the latest details of Ultima Thule, the most remote object ever explored.

A close-up shot made by NASA's New Horizons on Jan. 1 and released on Thursday shows very small pits of Ultima Thule. They are less than half a mile (0.7 km). There is also a much greater depression of the smaller lobe, considered to be the snowman's head. Scientists do not know if these are crashing craters or holes.

Leading scientist Alan Stern promises even better pictures. It will take almost two years for New Horizons to transmit all data from the flight to 4 billion miles (6.4 billion kilometers).