Stats – India savour a high not felt in 50 years 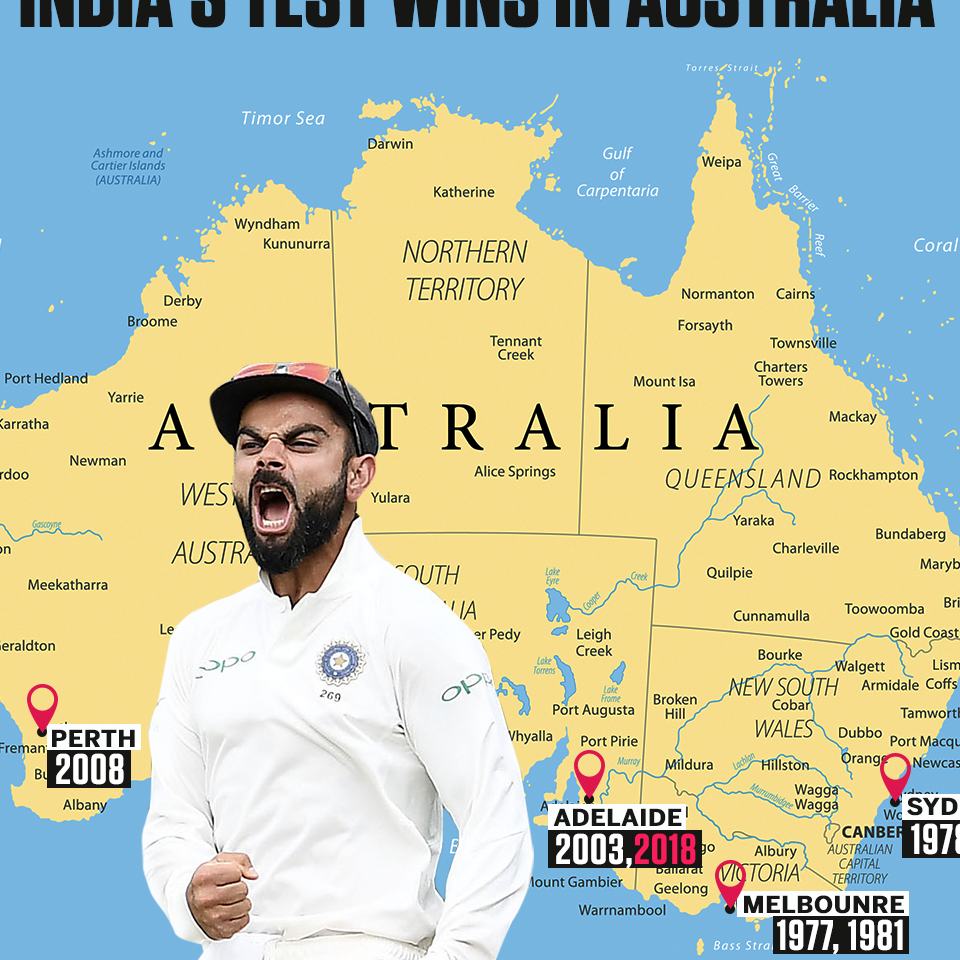 1 – This is the first time India has won the first Test of a Australia tour. He 11 previous occasions, they either escaped with a draw (2) or stumbled to a loss (9). India winning opening Tests on overseas tours is a rarity. They've done it once in England (Lord's 1986), once in South Africa (Jo'burg 2006), three times in New Zealand and two in West Indies (both this decade).

0 – No Australian side has successfully tracked 200-plus targets at Adelaide in the past 100 years. They have lost seven and drawn eight tests in 15 attempts. In fact, no team has managed to chase down 200-plus targets against India over the last 10 years. The last time this was achieved was when South Africa did so in Cape Town in 2006-07. Since then, India has won 23 and drawn 11 of 34 such Tests.

31 – India's margin of victory, their third-narrowest in terms of runs. Adelaide follows the 13-run win over Australia in Mumbai in 2004-05 and 28-win over England at Eden Gardens in 1972-73. For Australia, this is their second-closest defeat at home since 2000.

3 – Wins for India after losing their first four wickets for less than 50 runs while batting first. This was the first time they did it away from home. The other two wins were against West Indies in Chennai in 1974-75 and Australia in Mumbai in 2004-05.

1 – Virat Kohli became the first Indian – and Asian – captain to win at least one Test in South Africa, England and Australia. He and his team achieved all these victories in 2018 – at Wanderers, Trent Bridge and Adelaide Oval. The only other year when India had won three tests in a year outside the subcontinent was in 1968 when they won all three Tests in New Zealand.

11 – Catches taken by Rishabh Pant in the Test – the joint by a wicketkeeper. He equaled Jack Russell and AB de Villiers and overtook Wriddhiman Saha, who took 10 at Cape Town earlier this year.

35 – Catches in this Test, a world record. It bettered the 34 set in Cape Town earlier this year between Australia and South Africa. All 20 wickets in the second innings of both sides were caught.