The members met in the biggest legion in Manitoba for conspiracy, stories – but struggled to attract the next generation 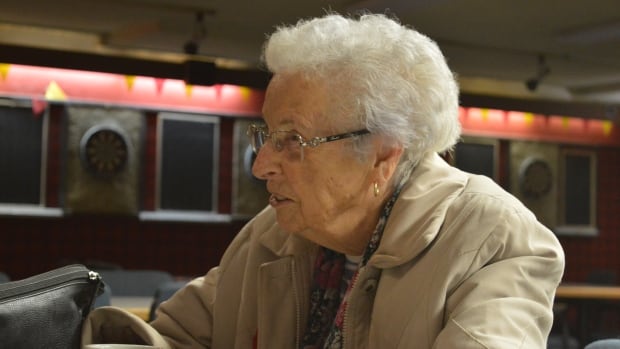 Three friends sat around a table in the basement of Canada's St James Royal Legion branch in Winnipeg, drinking coffee.

Over the past two decades, Violet Wall has come here almost every morning with her friends, Allan and Rita Barker – a ritual involving Wall's husband, Ed, until he died a year ago.

"One day at a time," Wall said, when asked how he overcame her husband's loss.

Wall said it was the friendship he found in the legion that made him return.

"I feel welcome," he said. "It's a very friendly place and you feel very comfortable just sitting and drinking a cup of coffee or eating or whatever, and it's more friendly to go to a coffee shop, especially yourself."

The wall, like most people in the legion on Wednesday morning, was a senior.

And while the Royal Canadian Legion – and this branch in particular – has a long history, its future is a little less certain.

St. Branch James from the Royal Canadian Legion is the largest in the province, and still has around 1,100 members. It was formed from the No. 1 Great War Veterans Association Branch. 1, which was established in 1917. This will be the Kingdom Office of the United Kingdom No. 4 in 1926, and around the same time he moved to his current location on Portage Avenue. 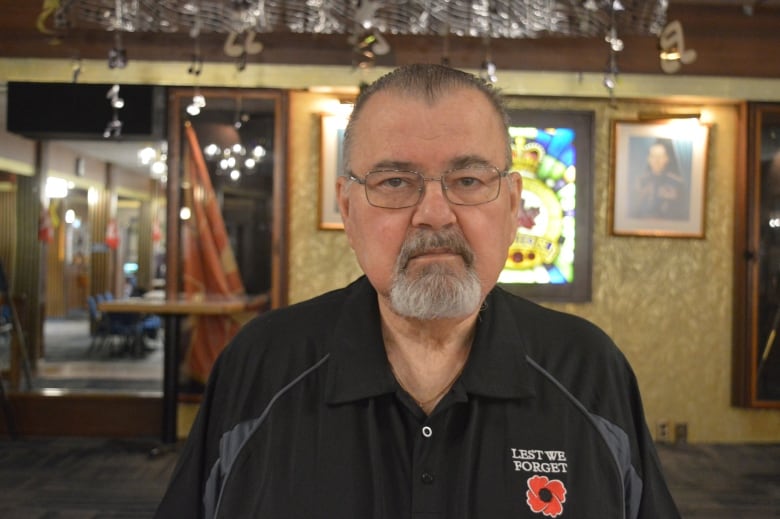 Ronn Anderson, who served in Germany from 1968 to 1976, became a branch executive in 1993. At that time, he said there were several veterans of the First World War and many World War II veterans were still involved.

Today, all veterans of the First World War are dead, the number of World War II veterans is shrinking rapidly, and younger Afghan war veterans and Canadian peacekeeping missions have not joined in the same number as the previous generation.

"There are some who join, but we find that veterans today are more involved in daily life and survival mode, if you like," he said.

For now, though, it is still an important meeting place for older legion members, such as Violet Wall. And many of them had rare first-hand memories of Canada's war, and stories to share.

Her husband served in the marine reserve, and her two older brothers fought in World War II. He remembered being a teenager when they went abroad.

"I never thought too much about it, I guess, because I was very young," he said. "You just received it. It's war."

After they returned, he said his brothers did not say much about their experiences in the war.

"I'm glad we don't have the news coverage we have now because it will be very difficult."

While Wall and his friends sipped their coffee, a group of men had gathered around several pool tables on the other side of the room. Among them is 88-year-old Cliff Cooke, whom some others gladly call "Cookies." 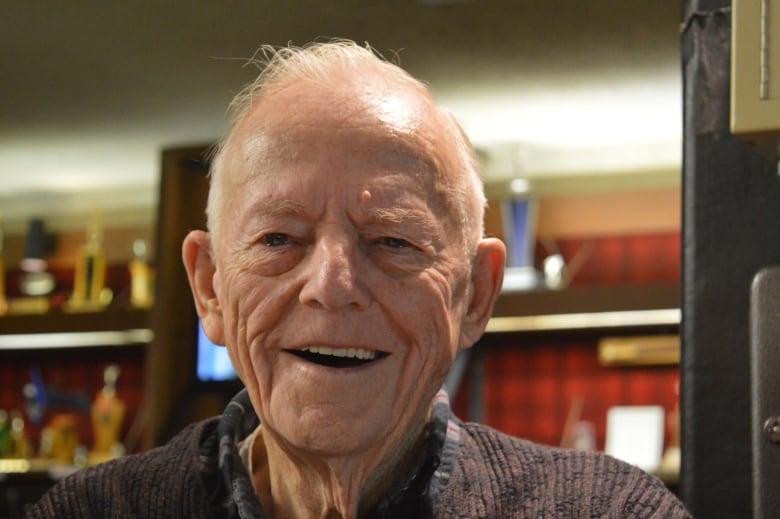 A member of the navy for 20 years, Cooke joined the legion 45 years ago. He said it was a company of his "friends" that made him want to return.

St. Branch James will hold an annual Remembrance Day ceremony at Bruce Park on Sunday. The Memorial had special meaning for Cooke because this was the 100th anniversary of the end of the First World War, he said.

"We are very fortunate that we won. One hundred years ago, it was quite a battle," he said.

Hart Kapitoler, also playing in swimming pools, had a much different relationship with the Second World War than most Canadians. His father was recruited as a German soldier and died from sniper bullets while fighting on the Russian front, five months after Kapitoler was born.

He joked that at one time, people might be offended to have a German in the legion – but that time had passed.

"They are good enough not to oppose me," he said. 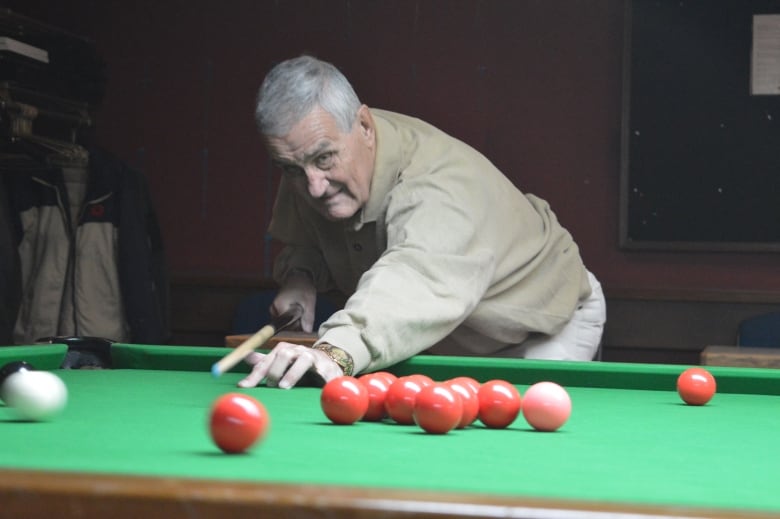 Kapitolt's father Hart was recruited as a German soldier and died while fighting on the Russian front when Kapitoler was five months old. (Cameron MacLean / CBC)

Rick Gustafson spends most of his time in naval reserves in hospitals, for various diseases including pneumonia and food poisoning. Even so, he remembered the time inside the reserve dearly.

Gustafson played a bass drum in a marching band, and people began to mock him, comparing it to the Energizer rabbit.

"So we had dinner one night with many Shriners and Scottish Rites and everyone there, and they wanted our band to play after dinner. So we did it. I dressed like an Energizer rabbit," he said. 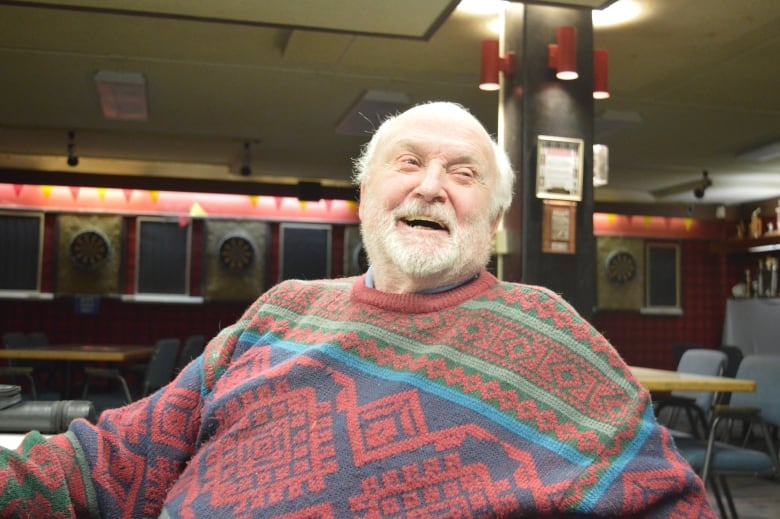 Rick Gustafson said there was nothing more fun than he did in the marine reserve, despite the fact he spent most of his time in hospital due to various diseases. (Cameron MacLean / CBC)

Such memories, Legion of the Kingdom of Canada, hope that a new generation of members will advance to create.

Anderson, who said that the legion had been his life since he retired in 1998, said it was a good feeling to be part of the legion.

"This gives me a real sense of satisfaction that I have achieved something – that I help fellow veterans and those who go before me."

With files from Nadia Kidwai