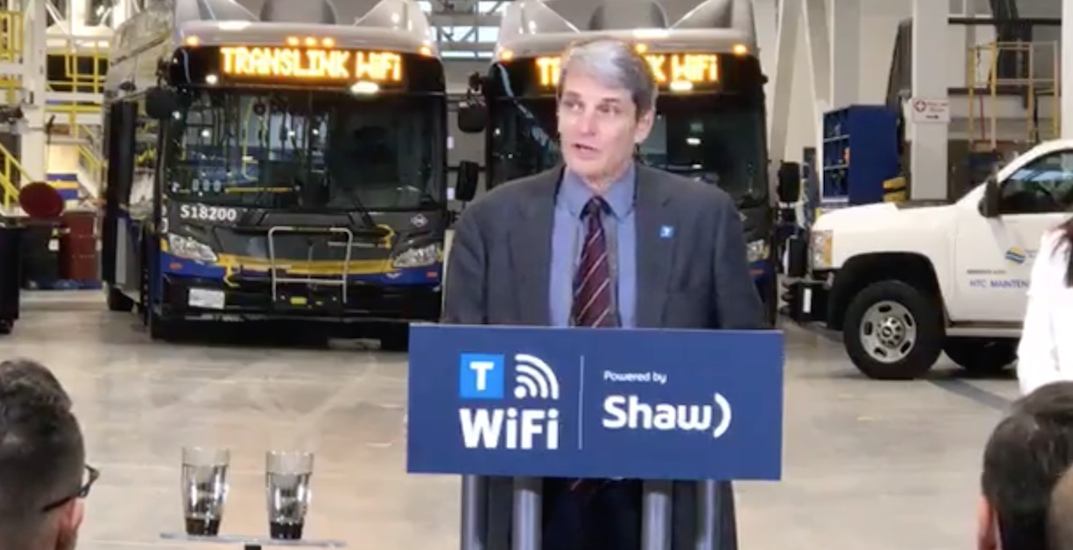 A new type of connection to Metro Vancouver's public transport system aims to improve the new type of buses, trains and ferries.

Translink has announced this afternoon that it is launching free Wi-Fi throughout the public transport system.

This was made possible by the new innovative private partnership with Shaw, the first deal of its kind in Canada.

It will be launched in 2020, although the first test-based service will begin next year. The free service will be gradually expanded across the entire public transport network to complete the entire system by 2025.

The deployment of free Wi-Fi will start with SkyTrain and buses and will eventually be realized on West Coast Express buses, public transport buses and HandyDart.

Deployment requires a multi-year timeline, as TransLink and Shaw still need to understand and verify the specific equipment requirements for different car models – over 2,000 buses and hundreds of trains – to provide a quality Wi-Fi service. For example, long articulated buses used by the B-Line Load Line will probably require more Wi-Fi infrastructure.

From 2016, Shaw provides free Wi-Fi at both SeaBus and SeaBus terminals and this new agreement expands significantly in this partnership.

The cost of installing and operating the entire new Wi-Fi infrastructure will be covered by Shaw without cost for TransLink.

In fact, the public transit body could get some Shaw revenue in exchange for its service. But revenue for TransLink is not the primary purpose of this new service, as the project focuses on providing a great deal of convenience to passengers.

"This will have a tremendous impact on customer experience," said TransLink CEO Kevin Desmond. "We have worked for several years and we have been looking for a model to bring such a new client to our system at the lowest or, at the same time, no cost to taxpayers and our transit riders."

Regular transit riders will no longer have to use their cellular data to access the Internet and web-based applications. This will be a sequel to Shaw Go Wi-Fi for Shaw customers, and for everyone else they will use the Shaw-operated TransLink network.

Free Wi-Fi in public transport will also help improve the city's tourist experience. Tay Speer, Managing Director and President of Vancouver Tourism, said that 43% of Vancouver's visitors were using the public transit system during their stay.

"We have a city that is so easy to walk … but we really have a barrier with the experience of the visitors because when they (tourists) turn their phones on, they just connect like everyone else and want to plan their experience, to do more, learn more and buy more, but are blocked with potential roaming charges for cellular or roaming charges on their home country.

TransLink previously tested free Wi-Fi on its buses as part of a TELUS pilot project in 2014.

While Shaw is a free Wi-Fi provider, cellular connectivity in all SkyTrain tunnels is managed by Rogers, which finances and installs the cellular infrastructure without cost for TransLink.

In addition to improving passenger service, the Public Transit Authority also increases its level of transit service as part of the Covenant of Mayors' plan. Only in 2019 TransLink will receive 56 new trains for the Expo and Millennium lines, hundreds of new buses (including new articulated buses for four new B-Line routes) and an additional SeaBus to help record a record high.

National editor of Daily Hive, the evolution of Vancity Buzz. It covers local architecture, urban issues, politics, business, retail, economic development, transport and infrastructure as well as the tourism industry. Kenneth is also a co-founder of New York's Vancouver. Contact him at Kenneth[at]dailyhive.com