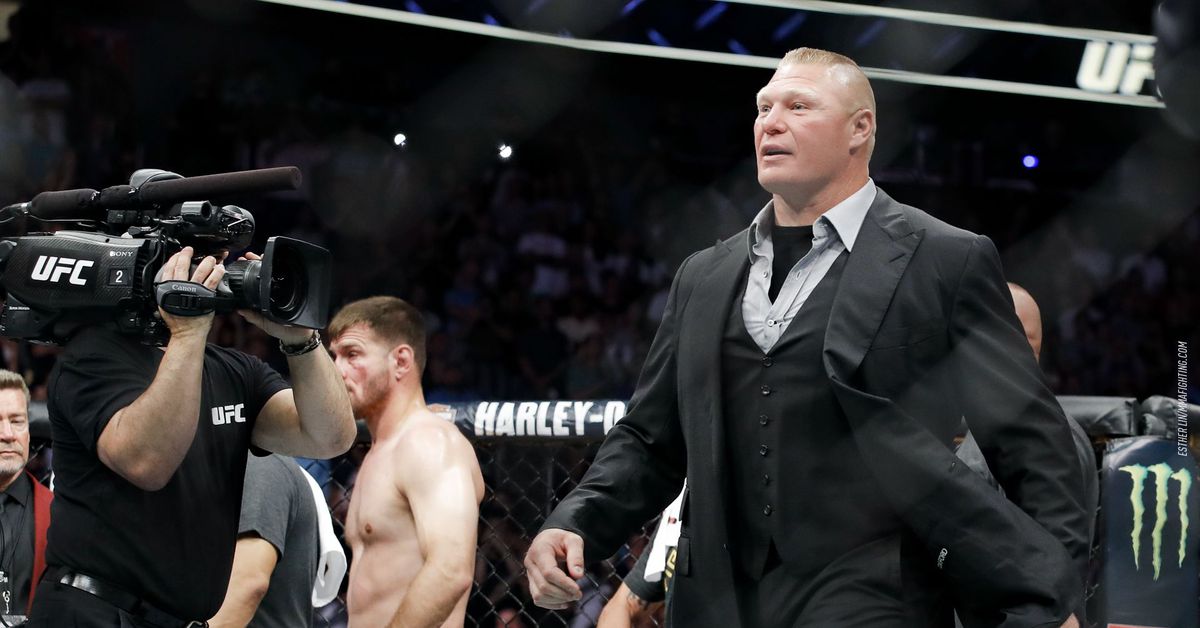 Regarding the case of the mysteriously disappearing Brock Lesnar drug test, USADA says it's a lot of nothing.

Social media reports surfaced over the past few days about a discrepancy in the number of drug tests USADA reported for Lesnar in its public online database. Late last week, Lesnar's drug-test number separated from six to five, which was noted by several followers of USADA data.

In a statement sent to MMA Fighting on Tuesday, USADA spokesperson Adam Woullard chalked it up to a "technical error."

"USADA updates the Athlete Test History page of the UFC / USADA website on a weekly basis," the statement read. "During an update on the week of October 15th, we experienced a technical issue that resulted in incorrect information on the page. The correct test history for the athlete is 1 test, not 2. The issue has been fixed and the test numbers on the website are all accurate. We are still investigating the specific technical issue that led to the error. "

Twitter user @dimspace noted that, in his research, no other fighter drug-test count has experienced a similar error.

I've gone through @USADA_UFC 's xml with a fine toothcomb.

Only Lesnar's test numbers have dropped between 28/11 and 7/12, no other fighters affected

The sample is from 17/10 reporting period. 2 samples reported that week originally.

1 has been deleted or was removed. pic.twitter.com/0IPIabXQMD

UFC vice president of athletic health and performance Jeff Novitzky told ESPN that the information given to him by the anti-doping agency was always correct – he gets more thorough data – and he believes USADA's explanation to be true.

"I have access to a more specific database than the public, which shows the date and sample is collected, what type of sample it is and what the results are as soon as they are available," Novitzky said. "The public website, as I understand it, indicated there were two tests during this last quarter, and it recently dropped to one. I have always seen one test in this quarter for Lesnar. It was a urine test and it came back negative. "

He added that he has "all the confidence in the world" that USADA is allocating the proper testing resources for Lesnar.

Lesnar's drug-test total is notable due to his controversial history with USADA, the UFC and anti-doping. Before Lesnar's UFC comeback in 2016, the promotion waived a rule that stated returning fighters must be in the USADA drug-testing pool for four months.

At the time, the UFC stated that they had begun testing Lesnar as soon as he officially signed a deal, although Lesnar himself said in interviews that discussions about return had been ongoing for months. The UFC, which had the right to grant him an exemption from that four-month period based on its policy, also said that Lesnar had not been subject to the USADA program previously when he retired in 2011 and the fourth-month provision was not meant for someone like him coming back. It was meant for someone trying to leave and then enter the program again to avoid testing for a period of time, the UFC said.

Lesnar fought and beat Mark Hunt at UFC 200 in July 2016. A week after the fight, the UFC announced that Lesnar had failed a drug test for the clomiphene, resulting from a sample collected from WWE star 11 days before the fight. The UFC and USADA took the heat for not being able to get that drug test back quicker, before UFC 200. And Hunt is currently suing the UFC on a number of claims having to do with that situation.

Lesnar's victory was overturned by the Nevada Athletic Commission (NAC) to a no contest. He was suspended one year by the NAC and USADA. The latter suspension was frozen when Lesnar formally retired and left the drug-testing pool later in 2016.

On July 3 of this year, Lesnar re-entered the pool. He is eligible to return to UFC competition on Jan. 8, 2019. Lesnar has been tied to a potential UFC heavyweight title fight with champion Daniel Cormier, though no bout has been officially scheduled.