A cancer patient welcomes his tumor 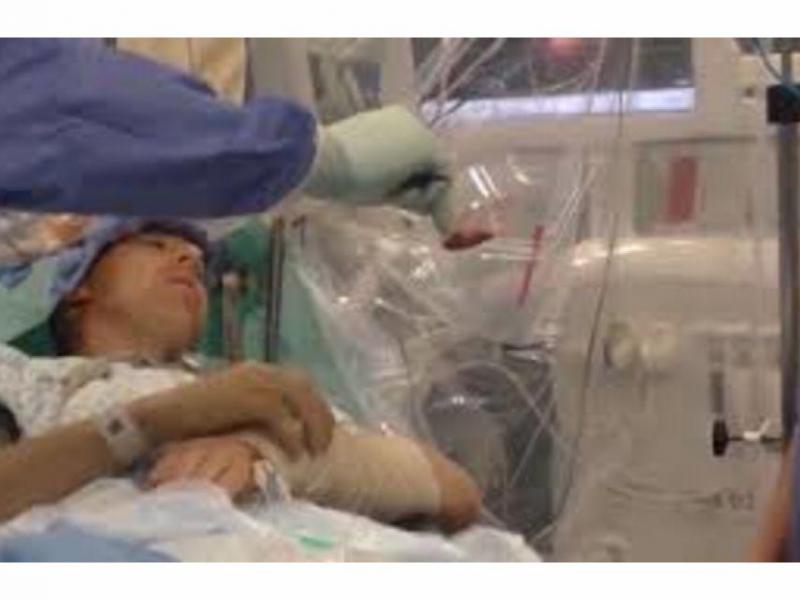 A cancer patient who said farewell to the brain tumor while lying on the surgery table.

A cancer patient who said farewell to the brain tumor while lying on the surgery table. This feat was achieved thanks to iKnife – an intelligent scalpel – and pioneering surgery at a British hospital.

Britain's James Hinggaog, 39, made an unusual request to see his tumor.

He lives in Western Australia when he is diagnosed with stage 2 glioma in 2015.

He returned to the UK to participate in a clinical trial at Charing Cross Hospital in London.

– Chau, I'll see you. Do not go back and bring friends, "he said, waving his right hand.

Meanwhile, I still had an open head and I was in the middle of the operating table. In the operating room everyone laughed and celebrated their appearance.

Speaking about the surgery, he said, "I asked to see the brain tumor because I wanted to see what caused me so much trouble, I was also excited during the recording of the video because I was very grateful that they offered me surgery to save my life ",

Three years later, and as a cancer patient, this incredible video was learned.


comments are powered by