Amidson Prudo, the young Haitian who came to Chile and had to be helped by national caregivers 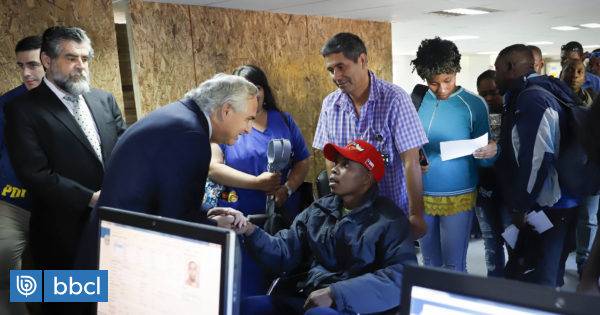 One of the residents of Haiti, who on Monday boarded the plane to take him back to his country, did it in a very different way than he arrives.

This is Amidson Prudo, 23, who came to FACh Group 10 in a wheelchair and accompanied by two masters. Three years earlier, I arrived in Chile and in good physical and mental condition.

According to La Tercera, on arriving in Chile, Prudo found tiles and lived with some cousins ​​in Maypu.

However, news from Haiti changed their lives when it was told his mother died on the island, information that found him without money to travel to shoot her.

Tortured, he tried to take his life into an act that left him with his spine disabilities, later in the Psychiatric Institute Dr. José Horwitz Barak in Recoleta.

One year he was admitted to the hospital where he established close relationships with medical professionals Maritza Sanchez and Hector Morris, professionals who accompanied him this morning and whom Amidson calls "mommy" and "daddy."

"I have conflicting feelings, I'm happy because he goes with his family to his country, we spent a year with him in the rehabilitation, and he arrived in a wheelchair, almost stationary, and today it is invalidMaritza said.

The two employees sent gifts to their family, which they contacted during the treatment that will continue in Haiti, as recommended by the Chilean specialists who sent the diagnosis and provided medication for more than a month.