AUDIO | "He will earn money, buy a car, do what he wants": La Legua Negotiating Negotiations 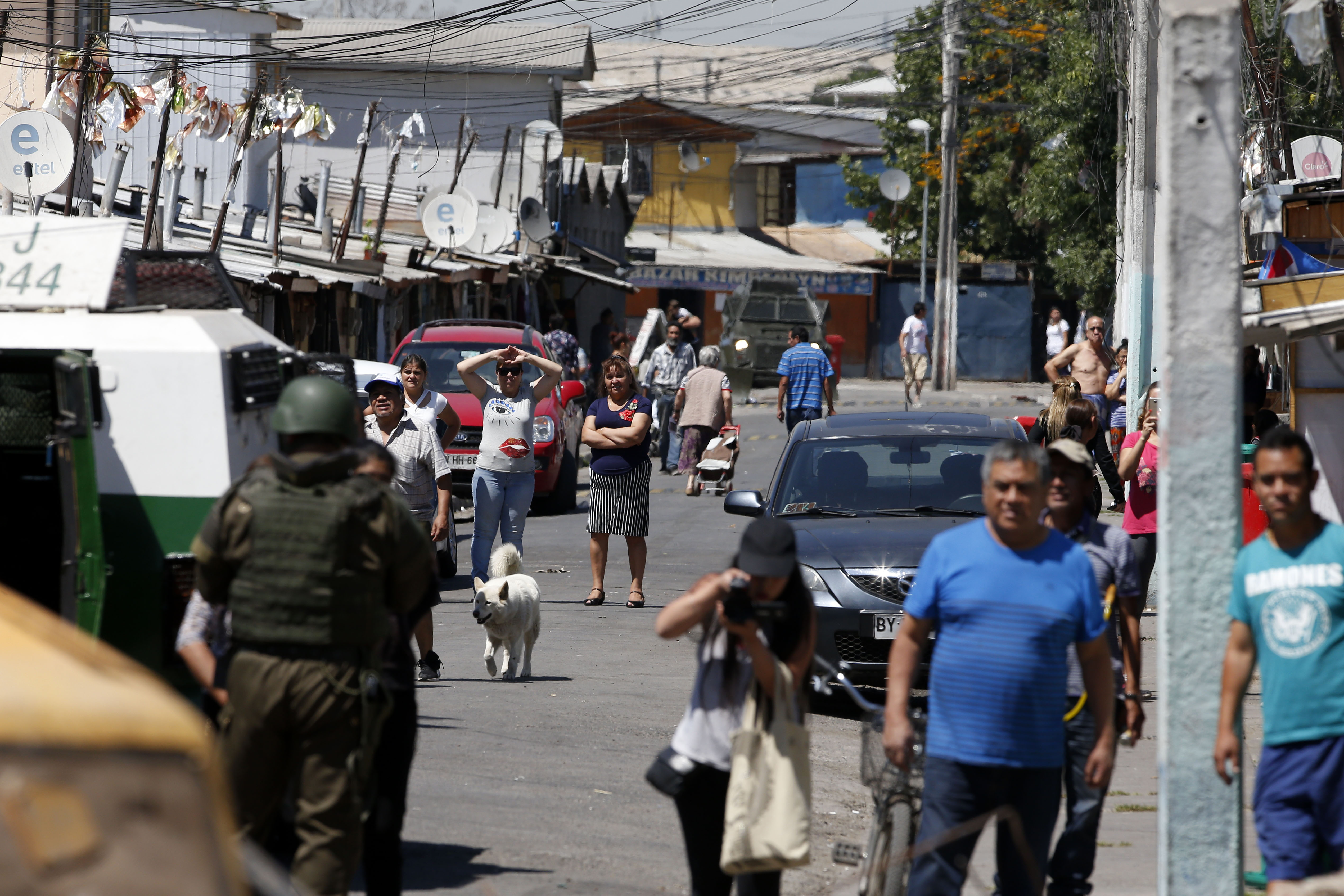 With the deployment involving the President Sebastian Pinera, the government showed this week the demolition of the walls in which there were five passages Legoa,

Focused by Home and Housing Ministers, Mayor Carla Rubilar and Mayor Sergio Echeverría, the President assured that with the plan Legoa without walls "We not only throw away the physical walls, but also begin to break down the walls of poverty, segregation, stigmatization, the walls that have so far affected the quality of life of the inhabitants of La Legua."

Santa Ellis, Nuno Da Silva, Francisco de Santa Cruz, Santa Catalina and Sanchez Calchero These are the streets that are now connected to Matavers Street, one of the main roads that surround this part of San Joaquin.

But before this media event, pressure was put on the neighbors that would be affected by the demolition.

"I spend Lucas on a lease, although it will not lease"

A neighbor living on Matavers Street opens the door to his house. On the other side is a person who congratulates him with knowledge and goes quickly to the topic he wants to talk: When will you accept your offer and leave the address where you live? All this, as it is registered in the sound of a few months ago, to which El Dinamo joined, and this applies to strategy to force the transfer of neighbors to La Legua to make the project created for this area feasible.

The owner of the property is nervous and hesitant. He calls the keys and tells him he has to discuss the subject with his daughter before deciding on a position. However, the visit is returned to the fee: – I need to have an answer now.

The neighbor asks about this approach but warns that moving to Lamp as proposed would be complicated as he would lose his job. Considering this, the visitor changes the offer: "I'll get some houses out of Carmen Avenue, right next to Matavers, but you have to stay the piol." Are you going there? But they have to release these houses. To do this wea, you do not have to be. "

And adds: "I give them the same rent subsidy if these houses are released. You go there to touch. She will earn money, buy a car, do what she wants, and give her daughter's subsidy (…) We'll spend a dwarf rent, there you'll fix your mustache with that. "

Persistently, the person raises the offer: "I have to release this country, you are in front and we will throw this wall … If you do not leave here it will be difficult, you will have problems here, I transfer the subsidy of her daughter and she does not move from San Joaquin. , but I can not wait long.

– Do not tell anyone because I want to fix it. This house must be taken out. I'm going to hire Lucas, although it will not lease. Do you have it or not? The problem is that here they go to the webiar, we do not know what will happen to the houses if they do not negotiate. It is better for you to break apart, so do not put it aside. These houses can not be sold. "

Carlos Assevedo, responsible for La Legua's integral plans, has been identified by different neighbors who has made these offers.

From Metropolitan intent confirmed that Carlos Asevedo was in charge of the plan he had made in La Legua. However, they chose not to comment on the information contained in the audio.

They also assure that before the walls were thrown away, they worked with their neighbors to help them leave their current homes, giving the owners of 22 houses of the Matavers avenue the opportunity to choose a subsidy equivalent to their current allows them to buy new or used homes in the municipality or nearby areas, as well as access to subsidies in new residential complexes dependent on Serviu.

According to the Institute, leases have been offered until the purchase or relocation process has been completed, an offer that would have been completed after the neighbors asked for it in April. This information was ratified by the residents of La Legua, who commented that they had, before the shooting, intervened – during the mandate of Claudio Orego – to request psychological and psychiatric support for neighbors who have problems with access to jobs and crisis of panic. However, they point out this – We never went to ask to be taken out.

As the firefights continue, the neighbors reconsider their request and 14 families want to be transferred. Given this, it was decided to protect the two-story houses with steel panels. "(This measure) This is stupidity and now again is the second stupidity that is to get people out and not get the drug dealers", commented another neighbor of La Legua.

The inhabitants you've contacted Dynamo, and who asked for their identity card, confirmed they were Metropolitan Intendency employees who offered the subsidies and that only five families had accepted them. In the same way, they assure that Carlos Asevedo is the one who approached them with the offer of access to houses in municipalities such as Rengo, Buin, or Lampa. And before the refusals, they were offered to move home at Carmen Street.

In parallel, they claim that Acevedo's work with them has been "Crimes" and this led to rejection mainly because of this "A person who wants to get legitimate access to his home is deprived of it" through the irregular offers they made. "When he came, he came with a patch patron (…) We are not like that, we are people at work, we are not criminals, it also shocks us."

"The problem is that we do not want to go far because we lose all of our networks here: the schools, the work, the health, the friends and the networks we have here in La Legua if we were born and raised in La Legua," add the neighbors.

In particular, the offer consisted of an amount of $ 37 million to apply for a home purchase in addition to a $ 350,000 rent subsidy. In some cases, offers have been added for neighbors' relatives.

"The problem is that it was not offered on a work desk with all the neighbors but it was suggested below I'll get back to you and tell you something or another neighbor will say something different like a gangster and you flirt all day, I will look for you at any time. If the work was done well, maybe there would not be anyone here but the work was done badly, it was dirty"Says one of the affected neighbors and adds: "It's good to be humble, but we have respect and education with people."

The people who left, numbered, lived for several months in the houses or went to live with relatives. It is not the case that survivors who appreciate the extraction of their homes after years of rent or relatives have not contributed to investment in improvements.

Neighbors comment that the reason for being removed is the "bad place" of their houses, which are in a fire in the shooting between the two rival gangs. "I think it is absurd to struggle so hard to protect the houses, then they put us a support wall and now they want to leave, that's an unnecessary expense", says a couple who lives in Matavers. "With the armor, we felt a little safer. We already know the dynamics that exists here when there are bullets, but we are informed by WhatsApp. "