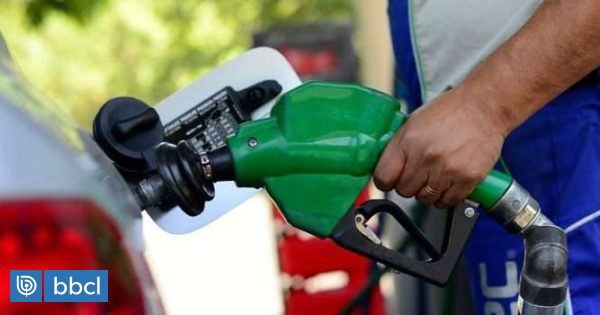 on National Petroleum Company (ENAP)) will update the prices that fuel will register this Thursday, which will be reduced due to the dollar's cost, the international crude oil price, and the Mepco fuel price stabilization mechanism.

According to the state-owned company, for the period from February 14 to 20, liter of gasoline 93 octanes will drop by 5.8 dollars, reaching 696.7 pesos, marking its seventeenth consecutive loss.

The same change is registered 97 octane, reaching 717.5 pounds per liter in its sixteenth week with 5.8 pessos down. on dieselMeanwhile, it will also reduce by 5.8 pesos, which is 518.3 pounds per liter.

In the same line, kerosene will mark a decline of -8.6 pesos, reaching 480.5 pounds per liter, as well Liquefied Petroleum Gas (LPG), which will see a decline of -2.7 pesos, remaining at 205 pesos. 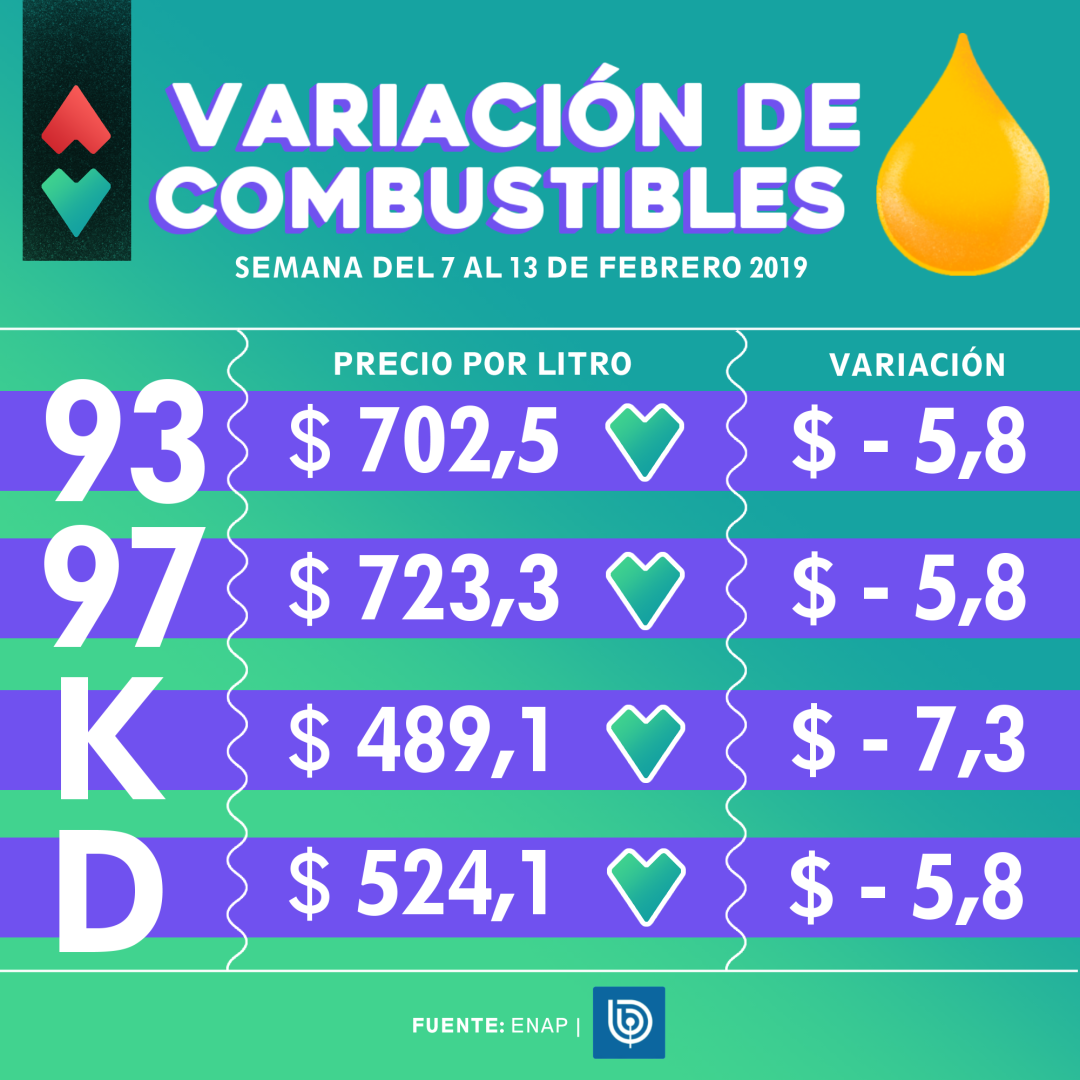 Under this scenario, 93-octane gasoline will end 17 weeks down, with a drop of -98.6 pesos from the end of October to date.

Meanwhile, the 97-octane gasoline recorded its sixteenth consecutive loss and has already risen to -91.2 pounds since November 1.

In this way, both reached their lowest price on May 10, 2018, and in October they recorded an average decline of -94.9 pesos.

ENAP explained that the reduction in world oil producer production has not paid off. Saudi Arabia has led the January move to try to raise prices, but this strategy – despite 80% compliance with the plan – has not yet shown significant changes in the global market.

In any case, OPEC will assess even more aggressive cuts in the next six months. Saudi energy minister Khalid al-Falih noted that his country had reached 10.3 million barrels of crude oil equivalent (MMBd) in January and will be reduced to 10.1 million barrels in February.

Meanwhile, US sanctions against Petróleos de Venezuela Sociedad Anónima (PDVSA) would hit 500 Mbd (thousands of barrels per day) for state-owned exports. However, analysts point out that US oil companies will not be affected as they will replace these Mexican and Canadian crude imports. Indeed, crude oil stocks in the US continue to rise week after week.

This scenario pushed Wednesday the announcement by the Treasury in Chile, which said the value of fuel in Chile would continue to decline at least by the end of March, with a total decline of 120 pesos.

Prices are in line with the ENAP reference values ​​that only seek to provide relevant fuel market information, as opposed to those reported by the National Energy Commission in its online fuel price information system.

In fact, the company points out that it can not be regarded as a document that defines the values ​​for consumers in Chile as they are completely free, as the Chilean market is characterized by openness, competitiveness and deregulation.