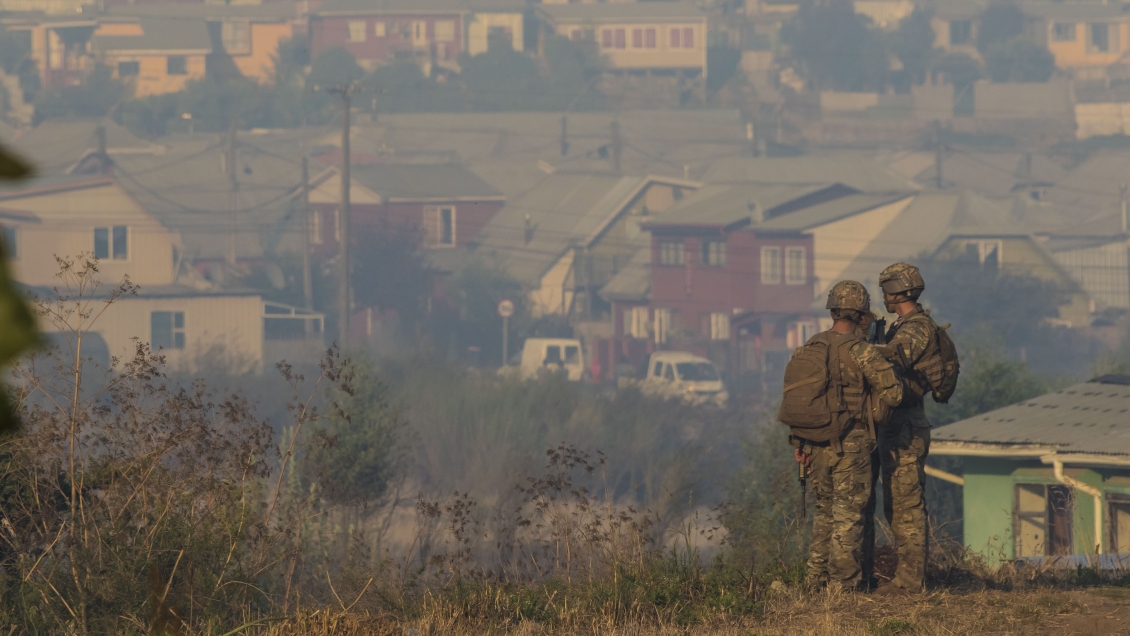 The head of the emergency force, the back admiral Carlos Huber, set up a police hour in Concepción province, except for the municipalities of Concepción and Talcahuano, due to forest fires affecting the area Monday night.

As confirmed by the Navy officer, the measure will enter into force from 22:00 on Tuesday until about 7:00 on Wednesday, although the deadline is still being analyzed.

This decision is based on the facts we had last night in these almost four simultaneous fires with a high risk for the population. In the morning, we had a preventive evacuation at Penco, and at the same time we avoided new outbreaks to give peace to the population, and so the forces that work in an emergency and can move peacefully decided this measure for the quiet and safe population, "said the back Admiral Huber.

"They are quite drastic measures, but they go in the sense of maintaining the peace of the population, that they feel safe and that people working in emergencies can do so with enough freedom to be able to control it as soon as possible and to avoid new outbreaks at night, "the head of the state of emergency said.

The measure implies that people who are not in an emergency will not be able to walk the street after 22:00 unless they have a safe behavior as stated in the rules.

Now the evening is declared the Concepción province, with the exception of Concepción and Talcahuano for forest fires. Party at 22:00 today until 7:00 on the next day. @Cooperation pic.twitter.com/jvSFLRvMNi

The army avoided the application of this fire measure in 2017

However, it should be remembered that in the 2017 fires in the center of the country, the Chief of Defense at Maule, General Army Javier IturriagaHe explained this taking a police hour in a fire situation may have the opposite effect.

On this occasion, the general supports this "If it restricts movement in the evening, it means that few people or bodies who have the right to move at night require safe behavior" and so "all police and the army, instead of patrolling and protecting the population, will devote themselves to controling the safe conduct so that the police hour is effective."

"This will be a problem rather than a solution, today's evening is not a solution, and the emergency situation is different," he added.