Everything collapsed? The mysterious message of Faloon that generates speculation about their relationship

A few weeks ago Faloon Larraguibel, She has posted several photos on her account at Instagram, where she is shown to play after she became a mother for the third time in August last year.

With more than 600,000 followers at Instagram, former Yingo girl, is filled with positive comments in his photos, where a workout appears, which refers to his toned figure.

In fact, the last post was made today, accompanied by a motivated message: "How nice it is when you start seeing the results of the exercise … but I'm tired."

However, hours later, he caused an intrigue in his followers when he published a picture with a mysterious message that reads as follows: "It's finished, it's done, no more and never again."

Previously, his fans began to reflect on a possible sentimental pause with his partner, Jean Paul Pineda. It is worth recalling that they were previously separated after the record was vicious, where the footballer is seen kissing another woman in the car park at Disco in Concepción.

In addition, the footballer posted a strange message in his "stories" at Instagram, where he appeared in a photo accompanied by his father. The post says: "Everything Happens for Something", 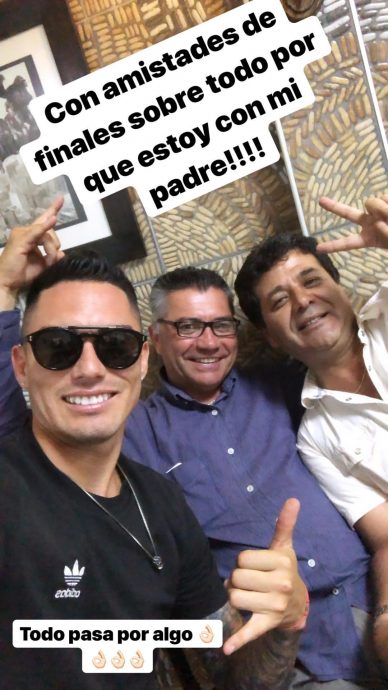