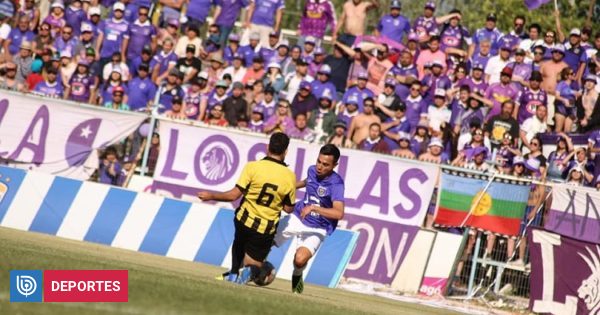 The first blow was aurinchro. Railway and sporting concept They did not disappoint and made an attractive match this Sunday at the Municipal Stadium of San Bernardo.

However, after 90 intense minutes, the box he held was that of the "Machine" to beat 2 goals to 1.

Calao's team once again stood out for its high call, as nearly 1,500 fans of the "Leo" came to the sports arena.

Do not forget that this case is shaped in the third B semi-finals and that the two finalists of the tournament will remain in the promotion directly and the third and fourth will compete in a promotional league with Thomas Graig de Rancagua and the Football School de Macul, the penultimate and the bottom of The Third A.

The returning match between the two historic clubs will be held next Sunday at 4:30 pm at Ester Roa Rebolledo penquista.