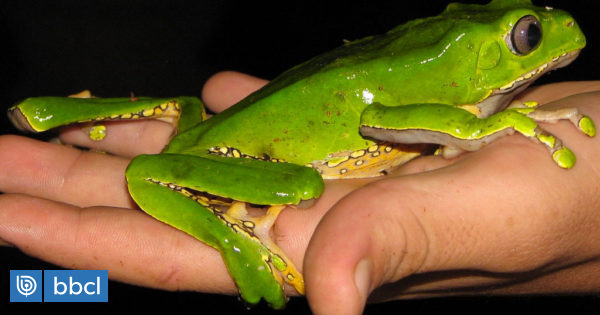 Local Prosecutor's Office San Felipe began an investigation into the death of a woman after an alleged healing ritual Kambo would be attacheda name that receives the sweat of an Amazon frog used as an alternative medicine.

According to the first records processed by the Ministry of State Administration, the ritual of which he participated The 28-year-old woman would have performed over the past weekendLater, the young woman presented health problems that kept her unconscious, so they were cured Intensive Care Unit (UCI) at the San Camilo hospital in San Felipe, where he finally died.

In this order, the sub-project of the civil police, Gino Gutierrez, commented that a chemical analysis of the substance the woman would apply to the body would be carried out to determine whether it corresponds to the sweat of the Amazon frog.

"What we have so far is said and based on these words we have to start an investigation," the policeman said.

If it is confirmed that death has actually occurred because of the ammonium poison, this means that he would have entered the country illegally It is forbidden because of its dangers. Although the investigation is at an early stage, the sub-agent said there were two people interviewed to perform this type of ritual.

In parallel, Seremi de Salud de Valparaíso, Francisco AlvarezHe said that poison is used as an alternative medicine and explains the effects, calling for not to consume or expose itself to such non-sanitary substances.

"This can lead to various toxic effects – due to the presence of active constituents of alkaloids – from nausea and vomiting to respiratory depression that can cause death," the body explained.

The woman who died is from Lough Llay municipality and their remains are obtained from MSM. Provincial Governor of San Felipe Claudio Rodriguez complained of his death and said the suspected perpetrators would have to respond to what had happened.