Justice has filed a lawsuit against Groupon for consumer abusive clauses 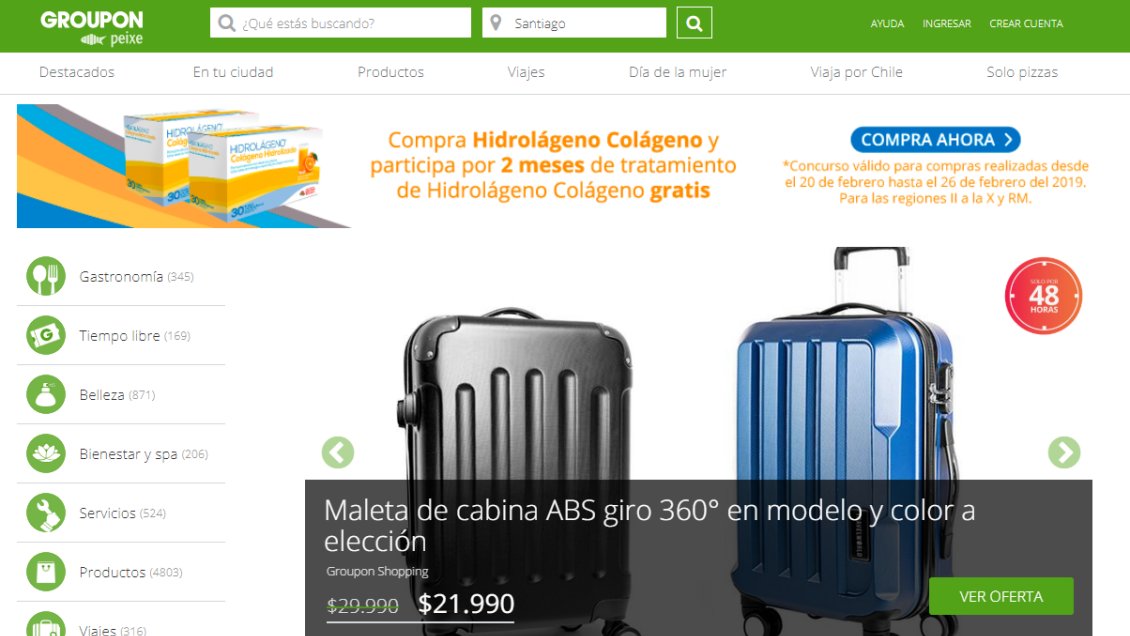 on Twenty-fourth civil court in Santiago has filed a lawsuit against the intermediary company selling goods and services over the Internet, Needish Limited, better known as. t Groupon,

In the application, the action brought by. T National Consumer Service (Sernac) and ordered her to pay fine for 45 UTM, equal to more than. t two million pesos.

In the judge's resolution Maurissio Vergara he said, misuse of four clauses in the Accession Treaty which users of the website need to subscribe to.

This is the clause units, where he distinguishes two situations: "The first is related to the availability of hyperlinks to other webpages and the information contained in the mentioned sites, and the other, says the link with the defendant's liability as a supplier an intermediary that the information published by her on her own website matches that posted on the site to which she is referring the hyperlink. "

That is why we must "shall be liable for damages caused in the event of finding the user with contradictory information in both websites, as there may be differences between features and descriptions, "says the decision.

It also adds that "although it seems reasonable for the defendant not to control the information contained in the web portals managed by other providers, it is different that, as an intermediary of a supplier of products offered and sold by this, Provide confusing and inconsistent information on your website in relation to that provided by other suppliers, must always be liable for the damage caused by the disagreements between consumers. "

"This clause will be considered abusive to consumers as, as it is formulated, in terms of appearance limits liability in the event of the transmission of inconsistent and incorrect product information, a matter that violates the principle of good faith this should be respected in the relations with consumers, then affecting the right to reliable and timely information that helps consumers as referred to in Article 3 (b) of the industry legislation, "he said.

About the clause System failuresthe solution ensures that "it is also necessary to specify that, as it is written, it appears to pose consumer problems or administrative mistakes that can be provoked in the portal on which the products are marketed, limiting in turn, the responsibility of the supplier ".

According to the resolution, the clause guarantees that Groupon will not be held responsible "damages, damages or losses to the user caused by software, server or internet damages"and in this sense, although there is no doubt that the provision of Internet services and the maintenance of devices owned by users are the sole responsibility of the latter, the aforementioned clause It does not distinguish between possible problems caused by the poor state of the server or the website of the accused, or any other problem that arises in the systems or programs that support the defendant's website, a question that is their responsibility. "

According to the decision, such a situation is in the clause production'given the nature of the intermediary that responds to the defendant in the commercialization of the products, he can not declare his abuse'.

– The above, because the clause in question is formulated in such a way that the defendant denies its role as a supplier of the products which customers acquire on their website, limited only to the cases in which they directly indicate on their site the sellers of the said goods, which undoubtedly limits the liability which the law imposes directly on behalf of consumers as an intermediary, "the decision states.

Justice has rejected the possibility of compensation for damages but confirmed the fine against the company.

GROUPON USER 24 of of Scribd