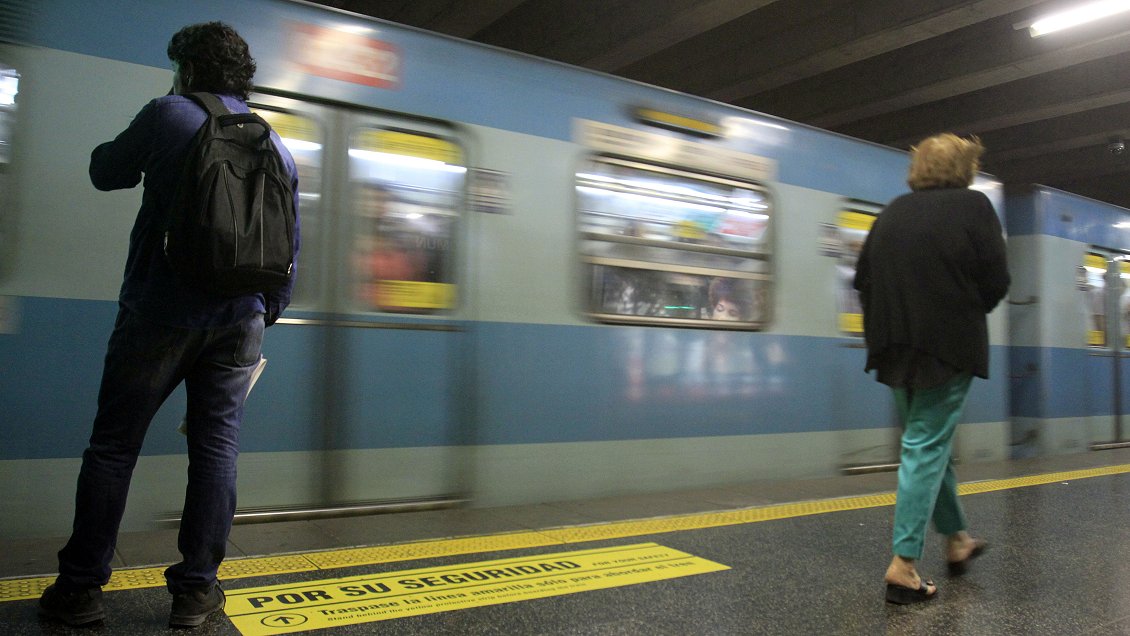 Metro de Santiago operates partly on line 1 because of “a technical inconvenience " this Friday morning, an interruption that will remain until at least 09:00.

"(Service) NOT available between the Latin American Union and La Moneda, Los Aeroes combination with # L2 has been suspended", the company reported via Twitter at 6:15 a.m., the approximate time the service was biased.

06:15 for technical inconvenience on the roads, service at # L1 NOT available between the Latin American Union and La Moneda. Combination in Los Eroes with # L2 He is suspended for the time being. #AlertaMetro

Subway Client Manager, Paulina del Campohe explained to cooperative that "at 6:04 we found and had to stop the service at four stations for a breakdown of the tracks at Los Heroes Stationso the problem with the combination (up to line 2) ".

"We have no further details on the reason (…) that we are investigating (…) our entire team is working on site; the important thing is that we have an assessment that this would not be an immediate decisiontherefore, we tell our passengers that we believe we should at least end the rush hour (09:00) with the service being stopped, "he said.

Del Campo said Metro will provide consumer reports "every 20 or 30 minutes"; In the meantime, he advised travelers to choose alternative Metro or Transantago routes.

In the meantime, for those who come from Vespucio Norte on Line 2, Metro recommends combining in Santa Ana to line 5 to continue from Bakedano to Los Dominicos.

7.06 hrs If you are arriving from L5 from Plaza de Maipu and need to continue your journey towards Los Dominicos L1, use the combination to Bakedano.

07.13 hrs If you are coming from La Cisterna L2 and need to continue your journey east, use the combination in Franklin # L6

7:25 am If you come from Northern Vespusio # L2 and go east, you can combine in Santa Ana to # L5 to continue your journey through Bakedano to Los Dominicos # L1

Because of the suspension, Trans point this out they will strengthen the affected section between Chile's stations and the Central Bus Station.

⚠⚠ CAUTION! by #AlertaMetro in # L1 by @metrodesantiago, we will reinforce the area affected between stations: U of Chile / Central Station. https://t.co/7kJ2g9jCSX

METRO?? Line 1, a service accessible only between San Pablo-Eustacion Central and the U. de Chile-Los Dominicos. Combination in Los Eroes with # L2 stopped // @Cooperativa pic.twitter.com/C1zh5QCdkf