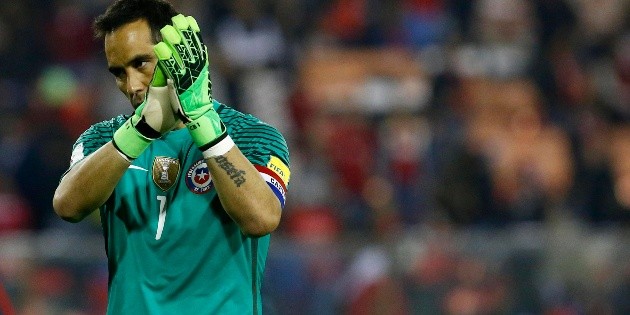 The summit between Claudio Bravo and Reinaldo Rueda, held at a hotel near Manchester Airport before the city's derby, brought excellent news to the Chilean national team.

Not only for the rehabilitation of the Manchester City goalkeeper after tearing the tendons in August, but also for condemning his return to the Reds after nearly two years in the sidelines.

Although Bravo had no continuity in his team, Rueda would have the opportunity to see him in court next June 6, when friendship between Chile and Haiti in Vina del Mar was played.

The Colombian coach told Captain America that this match would be key in his assessment to include it in the final list of Copa America of Brazil, which will be announced later. Bravo is safe on the preliminary list of 40 players.

But that was not the only topic of the meeting. Rueda also gave Bravo the assurance that he should not talk about the strong criticisms of the AFPF in 2018.

Anyway, the reports state that the contradiction in which the shooter knit with Arturo Vidal was "not a topic" in the conversation.