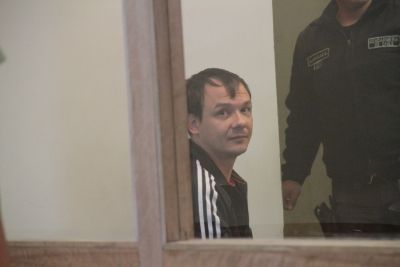 A Russian citizen who passed through Punta Arenas was involved in it "Night of Fury", attacking for no apparent reason a passerby in the center of southern Chile.

That's what it is all about Sergey KilokovThe first employee of the Sparta ship, on a Russian flag, which after 2:45 am on Thursday attacked a chili, causing the nose and ribs to break, says our associate El Pingyino.

For the above, the aggressor was arrested by police officers and formalized for minor injuries.

At the hearing held at the Warrant Court on Thursday morning, the prosecutor Oliver Ramsay, through a Russian translator, told the defendant that an investigation had begun against him.

According to the case, the young Chilean at 25 years old he was on the public highway, on the corner of Erhazuris Street with José Nogueira when he was the victim of the aggression of the first Russian officer, apparently without reason.

"The defendant accepted an alternative solution after a crew member attacked a Chilean citizen who committed him as his aggressor (…) the victim was in a state of intoxication so he could not testify. clarity of motivation as well as the accused as he does not speak Spanish, "the prosecution pointed out to the same media.

At the hearing, all that the prosecution had referred to had been transferred to the accused who had taken a conditional suspension of proceedings payment of the amount of 150 thousand dollarsand is also forbidden to approach the victim for one year.