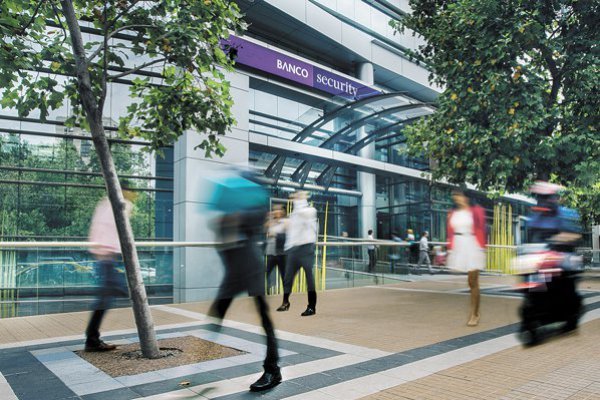 The sanction imposed by the bank regulator is nearly $ 20 million.

Banco Security reported in a significant fact sent to the Financial Market Commission that the supervision of banks and financial institutions imposed a fine of 696 UF – the equivalent of about $ 20 million – for violation of the rules for credit operations related to the interest rate.

Security explained that the fine issued by the regulator was dated January 11 this year.

According to the information provided by Banco Security, SBIF noted that the company, which is part of the holding company chaired by Francisco Silva, has failed to comply with Articles 6 and 6 ter, referring to current interest rates and the maximum conventional rate.

The document, signed by the company's chief executive, Bonifacio Bilbao, indicates that the company "it reserves the right to bring legal action which the legal order provides for the purposes of challenging the abovementioned resolution in administrative and judicial areas."

The fines that go

So far this year, Two other financial organizations were also fined for the same offenses committed by Banco Security: CAT – a company that administers Scotiabank and Cencosud credit cards – and CAR, a company through which Banco Ripley manages its plastics.

In case of The company related to Scotiabank and Cencosud imposed a fine in January of 1580 UF, approximately $ 44 million. This, after CAT stated in a fundamental fact that "between the months of December 2014 and December 2017, incorrect fees were charged for some credit card credit lines issued by that institution."

However, CAT asserted that "the accusations had been duly returned" what is accredited by the supervisor of banks.

For the company it's connected to Banco Ripley, the regulator imposed a penalty for violating the rules relating to the maximum conventional rate corresponding to 2,944 UF, which means nearly $ 80 million.

The Enterprise states that "between December 2014 and May 2016, there are some ineligible collections on credit lines provided by our institution for the total Peso equivalent of 1179 UF as at 18 January this year. The above should be noted These collections were duly legalized in 2017what is considered to be accredited by that management. "

In this way, a supervisory body led by Mario Faren imposes a new sanction this year on a player in the industry after knowing that the amount of $ 6,000 million oversight by ItaCorpbanca for violating the legal restrictions on lending to the same debtor for credit operations carried out in 2013 by CorpBanca of the Cascadas companies controlled by Julio Ponce Leroy.