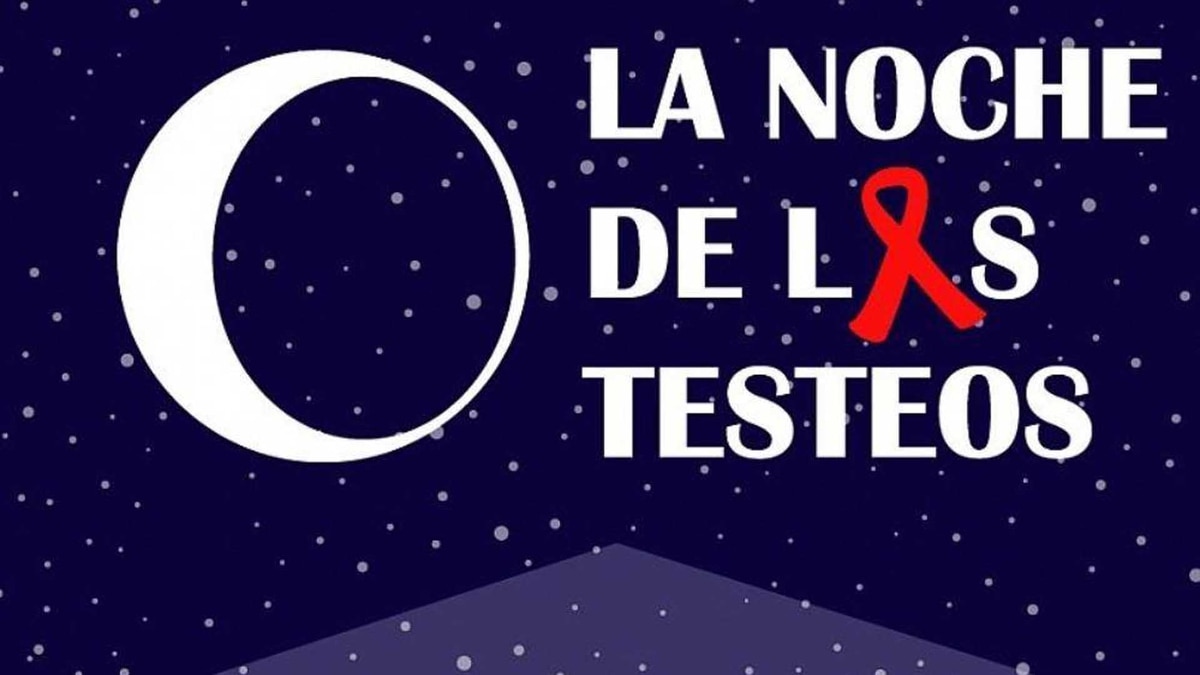 On Saturday, January 26, the Test Night will be held for the second consecutive year when the AHF Foundation will perform free, safe and confidential HIV tests, provide information, and distribute its own condoms at different points in the country. ,

The day will start at dusk and will continue until midnight in 23 cities – a 50% growth compared to 15 locations in the previous year – from Buenos Aires, Cordoba, Santa Fe, Coriantes, Hujai, Rio Negro, San Luis, Chaco and Entre Rios.

"The test night is an initiative of AHF Argentina and will be held for the second time in Argentina to raise awareness of the importance of knowing each person's HIV status," he said. Infobae Natalia Haag, Director of HIV Testing and Prevention of Argentina's AHF.

He added, "The country estimates that 120 thousand people live with HIV, and although 70% know their diagnosis, there are still 30% who do not know it."

In the previous edition, held in January 2018 in 15 cities in Argentina, more than 3,000 HIV tests were conducted overnight. Recently, rapid tests have become important due to their specificity comparable to conventional tests. The result is known after 10 minutes after a small blood sample with a finger prick.

"Before the test is completed, a brief review of the risk assessment and informed consent, if the result is reactive for HIV, the trained staff will accompany the person so that he can check this result by another test in a laboratory," said Hag .

In 2012, AHF Argentina arrived in the country, and this year Rosario reached the Guinness World Record for the largest number of people tested for HIV in one city by exploring 3,733 for 8 hours. Over time and tireless work on awareness, tests have risen to 36,000 in 2017. Altogether, they have done more than 100,000 HIV tests.

A problem that requires commitment from everyone

AIDS is considered one of the most serious health problems in the world, with 122,000 affected in Argentina. This December 1st celebrates the thirtieth anniversary of World AIDS Day under the motto "Guess Your Country." The Barceló Foundation is joining the campaign to raise awareness of the importance of its early discovery.

The World Health Organization (WHO) identifies HIV as an infection that progressively worsens the immune system, modifies or cancels its function of fighting infections and diseases. The term AIDS (acquired immune deficiency syndrome) is used in advanced cases of HIV due to the occurrence of one or more infections or related cancers.

This pathology is transmitted in a variety of ways: through unprotected sex, transfusions of infected blood or mother-child infection during pregnancy, childbirth or breastfeeding.

As they explained Infobae fundación Barceló specialists, this disease has no healing at the moment, but its early detection and access to treatment are essential to stopping the infection and, even in advanced cases, have an adequate quality of life.

"Unfortunately, prejudices and fears of this disease discourage people from testing HIV, which is usually done only when serious illnesses have already occurred." In the first stage of the infection, some people usually have influenza-like symptoms: fever, headache, muscle and joint pain and decay In the advanced stages, symptoms are heavier: weight loss, infections, pneumonia, prolonged diarrhea, oral and genital injuries, and progressive memory loss known as neurocognitive efficient, competitive harm, "they keep to the subject.

Although their transmission routes are numerous, living with a person with HIV does not lead to a greater risk, especially if the patient is adequately controlled. It is also always necessary to take into account certain precautions.

Use a condom: in all sexual relationships, from beginning to end. Immediately there is a protective cocktail to be taken within 6 hours with a medical order. When the condom breaks, visit a medical guard.
– Do not share intimate items: razors, toothbrush, syringes.
In case of domestic accidents, wear gloves and disinfect. In the event of blood loss from the infected person, it is recommended to bleach it for 10 minutes.
– In contact with blood: Disinfection with alcohol is recommended for 4 minutes.
-Salva is not an infection: you can share a pair, hug, kiss and touch the affected person without any risk.

AHF Argentina invites La Noche de Los Testes on Saturday, January 26th. To learn where the initiative will take place, go to the social networks of the organization: Facebook https://www.facebook.com/AHF.Argentina/; Twitter @AHFargentina and Instagram @ahfargentina.
To know where to perform the quick test at any time, you can access www.testdevih.org
About AHF AIDS Healthcare – www.aidshealth.org