The brutal struggle is registered in Algarrobo's exclusive condominium: the woman suffers fractures on her face national 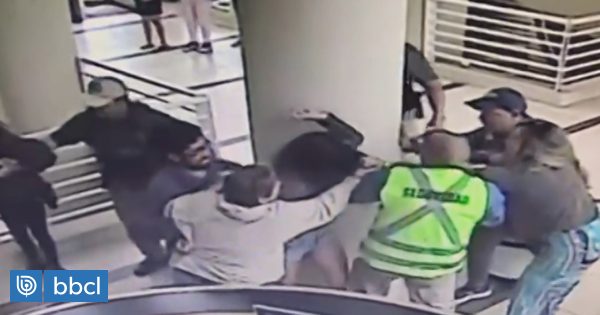 Using a evaporator in a supermarketIt was enough to start a huge battle at the condo "San Alfonso del Mar" in Algarrobo, a fact left – even – a woman with injuries on her face.

The genesis of the situation happened a few minutes ago when a woman – unhappy with the use of the device – blames young Bastian Santos at the mall, starting an exchange of words that is interrupted by security guards in place.

According to what was quoted by CHV News, the discussion did not stay there because after Santos returned to his apartment with his comrades, the intercom sounded and a new incident began.

A man identified as Boris Villegas, who claims to be an army major and attacked by Bastian, was present at the scene. Registered by security cameras of the enclosure.

Prior to the attack, the young man began to defend himself with a fist, although he immediately joined the batting of an object with a bat that would have been Wilkes' father.

When it was thought that the situation could not get worse, Jennifer Lara, the wife of the alleged army, joined the battle, attacking another woman who accompanied Bastian Santos.

Of course, the worst part was taken by Tiare Vargas, 21, who tried to stop the fight and was hit by one of the men, as a result of which numerous fractures on his face, so you have to go to a clinic in the area.