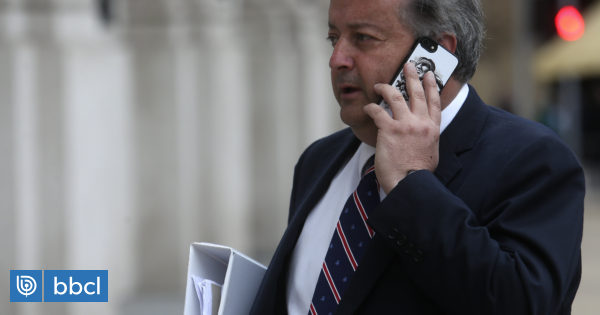 Following the criticism that emerged from Trabajodor's Central Aggregation and other multi-alliances, the government came out again to clarify its doubts about the changes that may be facing compensation for years of service or contract duration.

Labor Minister Nicholas Monkberg denied that this rule was abolished or reduced, although he insisted on the need to introduce a second proposal, similar to compensation for each event, in the next work reform project. The idea of ​​the executive is that workers can decide both options.

I want to be clear: it is NOT in the government's plans to suspend or reduce the current compensation for years of work experience. On the contrary, the proposals we have received from the Technical Boards are aimed at increasing and improving offsetting alternatives.

The discussion around this point was addressed in the last technical rounds that the staff members are working with with experts and lawyers; and in the second case with multi-groups, although without the participation of the head of BTC led by Barbara Figueroa.

At the end of the workshop this morning with the portfolio of work, Segundo Stylen, chairman of the National Union of Workers (UNT), pointed out that For the time being, the goal is to reform the reform of the previous administration and not to address issues that require further discussion.

Manuel Agosin, Dean of the University of Economics and Business, University of Chile, and a member of the Expert Group, considered the issue of creating a second proposal for years of work benefit.

The doctor raised the need is first strengthen the aspects of training, labor mobility, and in particular the current unemployment insurance.

The government's claims, however, continue to be the increase in unemployment benefits to consider changes to the compensation system that will be addressed at the meetings scheduled for Thursday and Friday next week.