The Ministry of Justice recognizes the appointment between Larrain and Jovino Novoa, which are not registered under the Lobbying Act 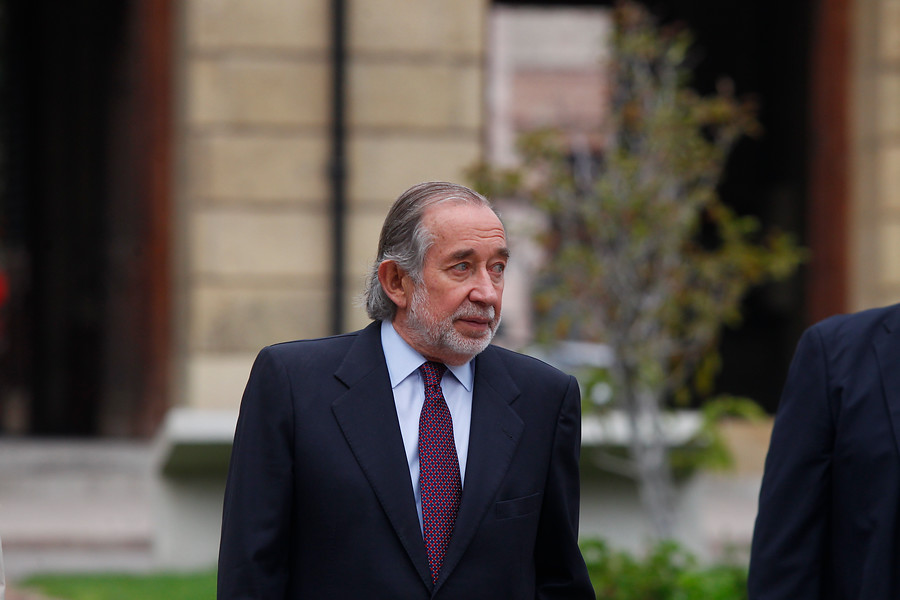 The justice ministry acknowledged that Jovino Novoa, convicted in the Penta case, was part of a meeting between Minister Hernán Larraín and representatives of a private company headed by the former UDI Senator who was not registered under the Lobbying Act.

The Secretary of State acknowledged it the appointment made on August 3 was not registered in the obligatory lobby because the reason for the meeting was not reported, the participating company, the attendants and just sent out the presence of an interest manager named Rodrigo Oposo when he was actually lawyer Raimundo Opazo.

Faced with this irregularity, the Ministry of Communications of the Ministry of Justice told La Tercera that "we noticed that unfortunately the information was improperly recorded on the lobby platform and will be corrected as soon as possible."

"On August 3, there was a meeting with Iovino Novo, Raimundo Opraso and Javier Leon Moro, who represented the Chilean motorbike club in Chile. They were heard and referred to the Civil Registry as it was a matter of their competence, "he added.

The appointment lasted for an hour where Iovino Novo arrived with company representatives to reactivate an agreement with the Civil Registry for the free delivery to the predecessors of unpaid fines for traffic.

With public sector information, the private company contacted clients to alert them to the unpaid fines and thus offer them legal advice.

This despite the fact that Novoa himself ruled out his participation in the meeting, saying "this is a professional matter, and as a lawyer I can not comment on this issue. This is a private matter, in particular, which has no public interest. I was not at the meeting. I asked for the meeting (Raimundo Opazo), he is a lawyer I know. "

It must be remembered the former president of UDI was sentenced in December 2015 to three years in prison for repeated tax crimes in the Penta case, currently benefiting from conditional referral.

In the same order, last September, the gendarmerie informed the courts that Novoa was not complying with its verdict.