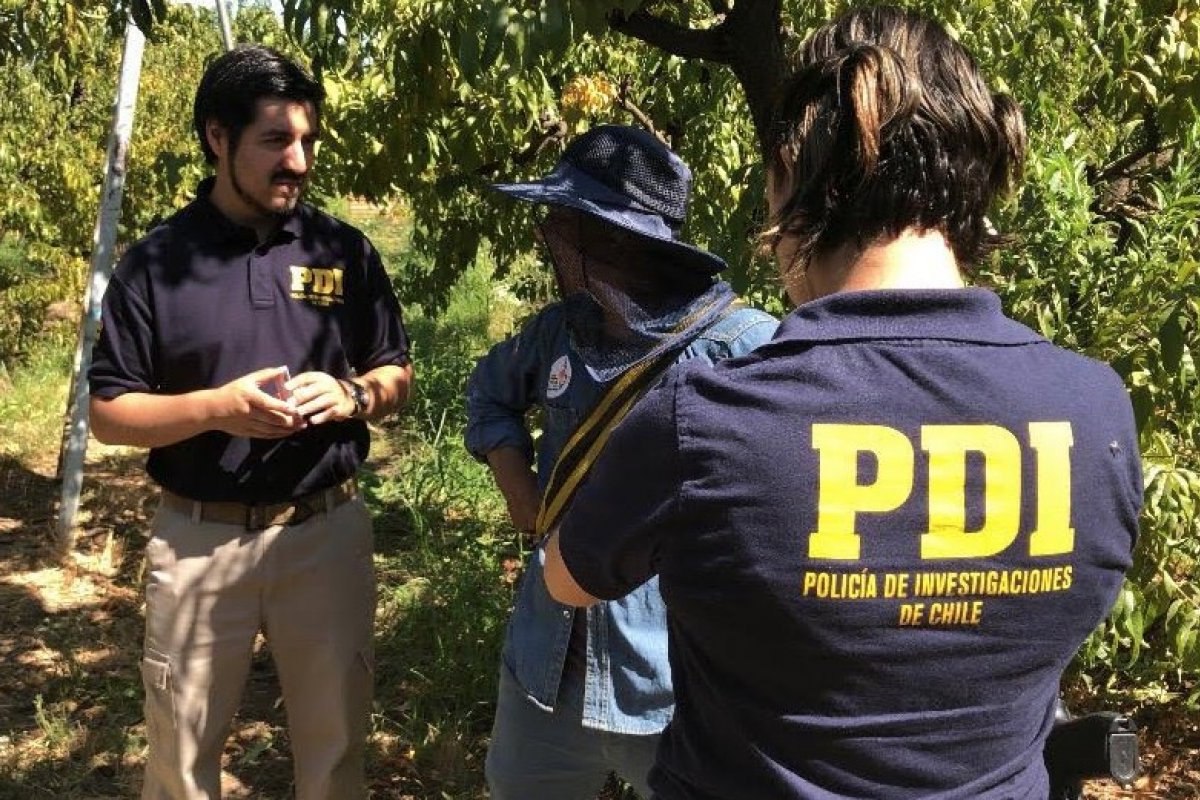 In a routine check-up, detectives at the Rancagua PDI's POLINT and Policeman Police (POLINT) found that 19 foreigners had worked illegally in Fundo Santa Inés, Malloa, where they worked as seasonal workers.

Having found that foreigners, 18 Bolivian citizens and a Peruvian citizen had entered the country as tourists, which prevented them from doing paid work, they were transferred to POLINT Rancagua's offices, where they reported to the regional government the migratory status of inspected people, she said.

The civil police, accompanied by the Governor of Kacapoal and the employees of the Labor Directorate, O'Higgins, again moved to Santa Ines de Maloas, where other foreigners who were in place checked and reviewed the working conditions in which they performed and can identify other offenses related to the Labor Code for which the employer will be penalized with fines to be determined by the Labor Directorate.

The NGO underlines that foreigners who have no paid work permits, apart from being fined for violating the immigration law, are exposed to unprotected work in the event of an accident at work without a pension system.